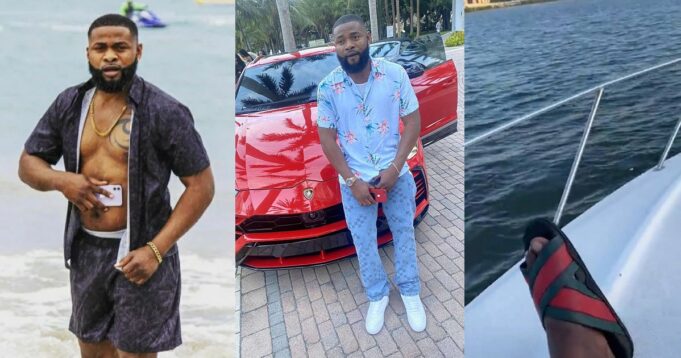 A popular New-York based Nigerian clothier and model, Tommy Olawale a.k.a Tommy DNC, has passed away.

Tommy reportedly drowned at sea few hours after posting a video of himself chilling on a boat with his friends on Saturday, July 23.

Hours before his sudden death, Tommy had also taken to his Instastory to share a video of himself showing off his new stylish haircut.

Tommy’s death has sent a shockwave amongst his friends including singer Davido and actor Yomi Gold who have now taken to the comment section of his last post to express shock at his death.

May his soul rest in peace!

In other news, men of the Lagos State Police command, Rapid Response Squad on Friday, July 22, prevented a 29-year-old man identified as Dauda Yakub, from committing suicide jumping into the Lagos Lagoon.

The police officers were on routine patrol on the 3rd Mainland bridge when they spotted the young man sitting on the railing. The officers talked sense into the man and they were able to prevent what could have been a tragic loss of life.

He was later handed over to the Adekunle Police Station for them to reunite him with his family.