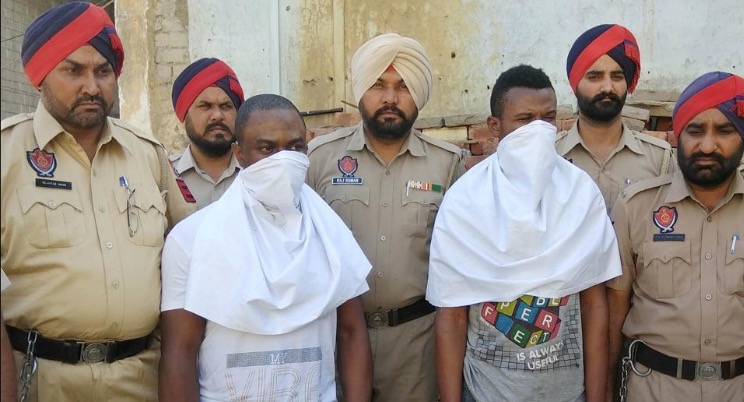 The Punjab police has arrested two Nigerian nationals in Delhi, India for allegedly supplying & trafficking heroin in the state.

Identified as Austin And chukwudi Edeh, they were both arrested for and initially claimed they are business men who sell spare parts.

The Deputy Inspector General (DIG), Ludhiana, Virinder Singh Hayer said that they were both arrested based on details revealed by another heroin supplier, Balber Singh, during investigations, Balber was initially arrested on the 4th of May, 2017.

The two Nigerians were both arrested at Vikaspuri in New Delhi.