The Nigerian Law School has now approved the use of hijabs during the call-to-bar ceremonies and has also invited Amasa Firdaus Abdulsalam to attend the ceremony this July.

Recall there was a controversy late last year when Nigerian Law School graduate, Amasa Firdaus was denied her call-to-bar for refusing to take off her hijab headscarf.

According to Twitter user @za_icon, The Muslim Rights Concern (MURIC) released a statement giving updates on the on-going court case with the institution fighting for the rights of Muslim students.

In 2017, The Nigerian Law School said that Amasa was breaking the dress code set by the university by putting on a hijab, hence prohibited her from the ceremony but she insisted on wearing the wig on top of her hijab. 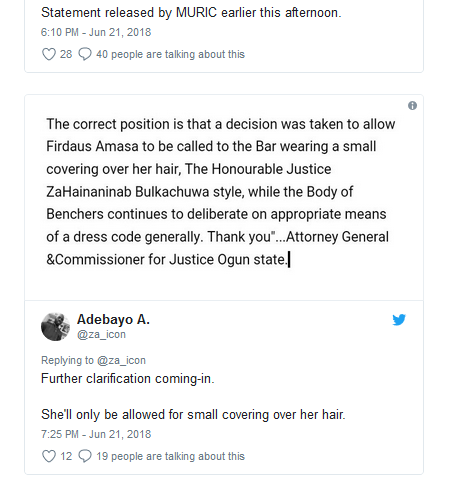 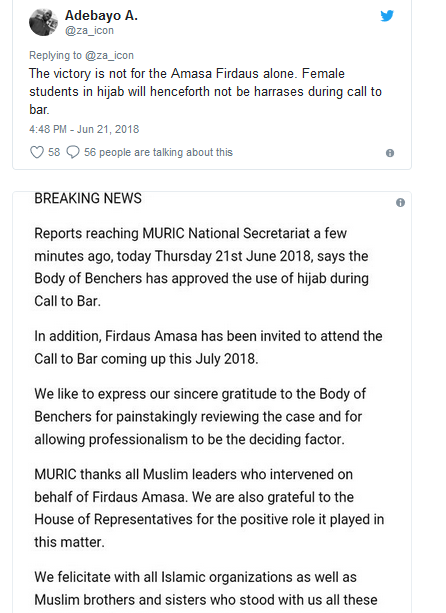 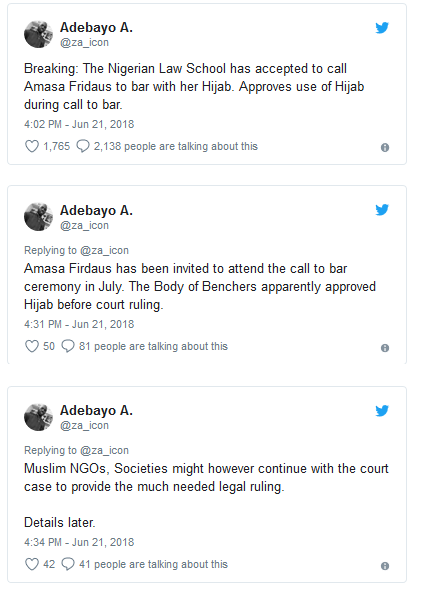