A sincere Nigerian Guy who apparently hated his crush after he asked her out, and she turned him down.. has narrated how his feelings have changed after he saw pictures of the said lady with her ‘new husband’.

There was this geh I was chasing after then. Like 3 years ago. Fine geh! She said no. So, I hated her.

Earlier this year, I saw her wedding pictures with the person she eventually said yes to, in Los Angeles. Last week, I saw their picture with their son.

I couldn’t hate her any further. I was just happy for her. If she had said yes and married me, she would’ve been in Ota with me by now, posting ‘Enu gbe’ on her WhatsApp status. That’s even if she’s able to charge her phone. 6 days now, no light. 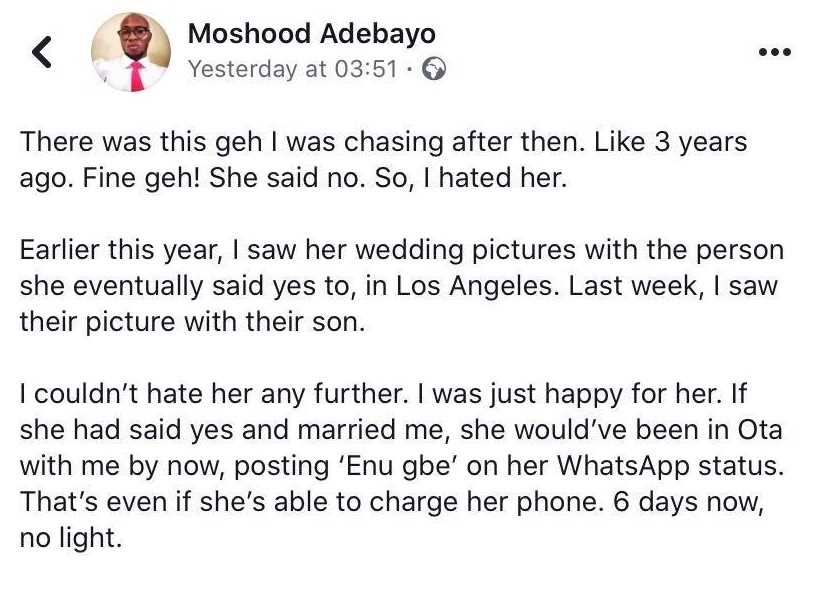