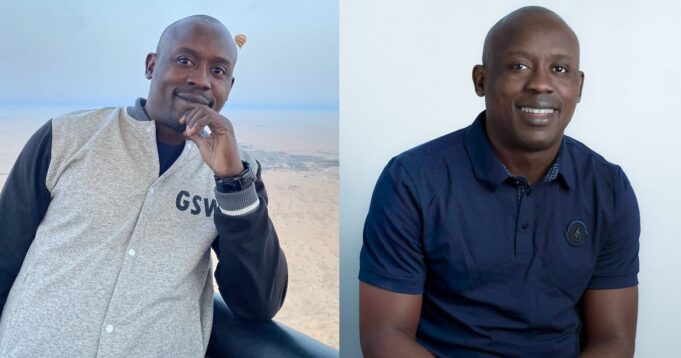 Nigerian evangelist, Gbenga Wemimo has taken to Twitter to narrate how a man he healed of leg cancer gifted him a private jet.

The clergyman disclosed that he met the man at Gatwick Airport in England on Friday, July 15, and healed him of the illness that had confined him to a wheelchair.

In appreciation of the healing, the man reportedly gifted him a private jet to aid his missionary work.

“I ordered my first private jet yesterday. It will take two years to be built and delivered because I wanted it to be brand new

PS: Before you start crying “Pastors this, Pastors that”, note that I didn’t buy it with my money, I was encouraged to order it by a man I healed at the Gatwick Airport yesterday.

It all happened in a jiffy and as this man was healed of cancer of the leg (he was raised from a wheelchair) He said “You need to be able to reach the world in real time and not wait here at the airport while your flight is delayed for hours.

I didn’t ask for it or see it coming
I didn’t even know he could afford a private jet because of how he was dressed
I just did the gospel as I have always done
The gospel introduced the life of Jesus to this young man and prompted him to say “I will buy this, just order it”

When I had my First crusade at Ojota in 2018, my biological father saw the pictures on Facebook and the stinker he sent to me was legendary. He said “I paid millions to put you through Bowen University and you have chosen to throw it all away by carrying the Bible and microphone like a beggar?

The words were like strokes of cane on my back but I had seen my future in Christ in 2007 and I knew time would convince the world that obeying the Lord is the smartest move for any man.

Now for those who may be saying “sell it and give the money to the poor”, please be smart and check my timeline.

I have had the poor on monthly payroll for years through the ministry.
Widows, orphans, prisoners, those in hospitals, students, start up businesses and welfare cases by the millions are taken care of by the ministry daily.”