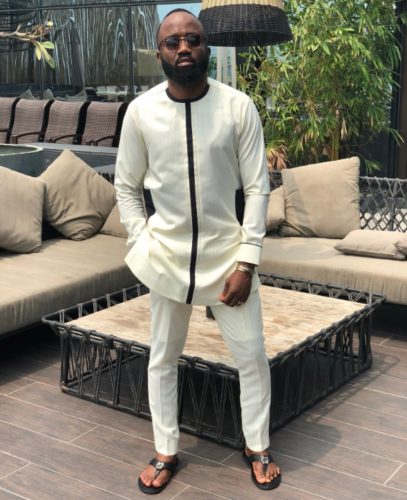 Beckoning on the officials of Economic and Financial Crime Commission, he went on a whistle blowing spree as he called out major fraud fronts in Victoria Island, Lagos State. 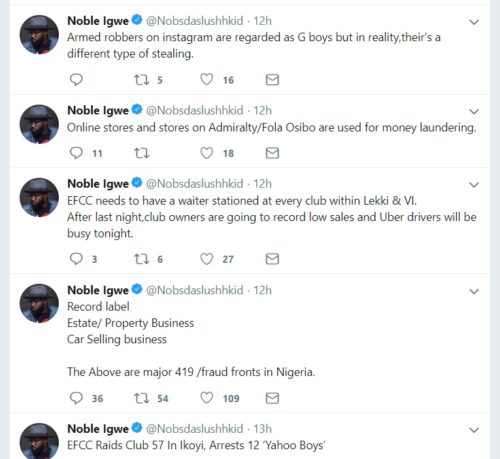 ”Armed robbers on instagram are regarded as G boys but in reality,their’s a different type of stealing”.

”Online stores and stores on Admiralty/Fola Osibo are used for money laundering”.

”EFCC needs to have a waiter stationed at every club within Lekki & VI. After last night,club owners are going to record low sales and Uber drivers will be busy tonight”.