Before Nina went into the Big Brother House, she had a really strong relationship with her former boyfriend, Collins, and they both flaunted their love on Social media, Facebook especially.

In a post shared by Nina herself, in October 2016, Nina explained why she loved Collins, adding that their love is forever, and nothing can probably hinder it.

“Do u guys know y I luv Collinz Onyex…..He is d male version on me ..and trust me we are ride or die,” she wrote.

In reply, Collins wrote: “Awww….you are so sweet, love you foreva.” 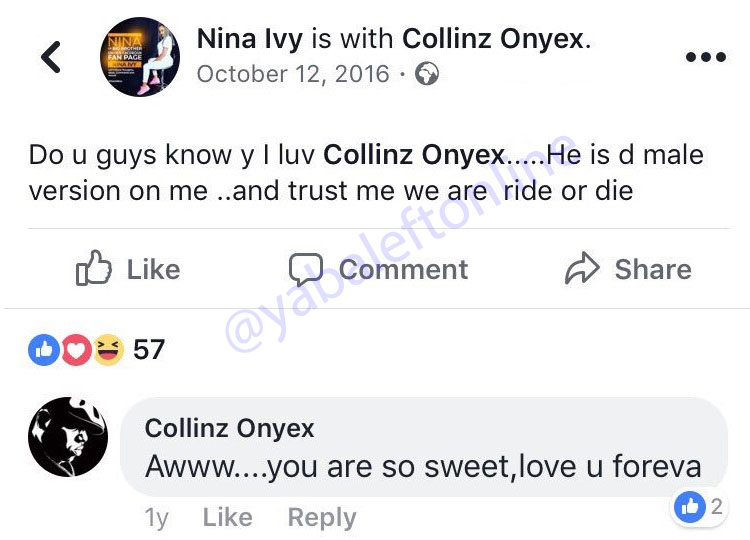 According to reports, Collins, Nina’s boyfriend of over a year, was the one who encouraged her to go for the reality show.

However, since coming out of the house, they have not spoken, no doubt due to her relationship with Miracle in the house. And Nina has said she doesn’t intend to call him or his family and friends because she doesn’t want negative vibes. 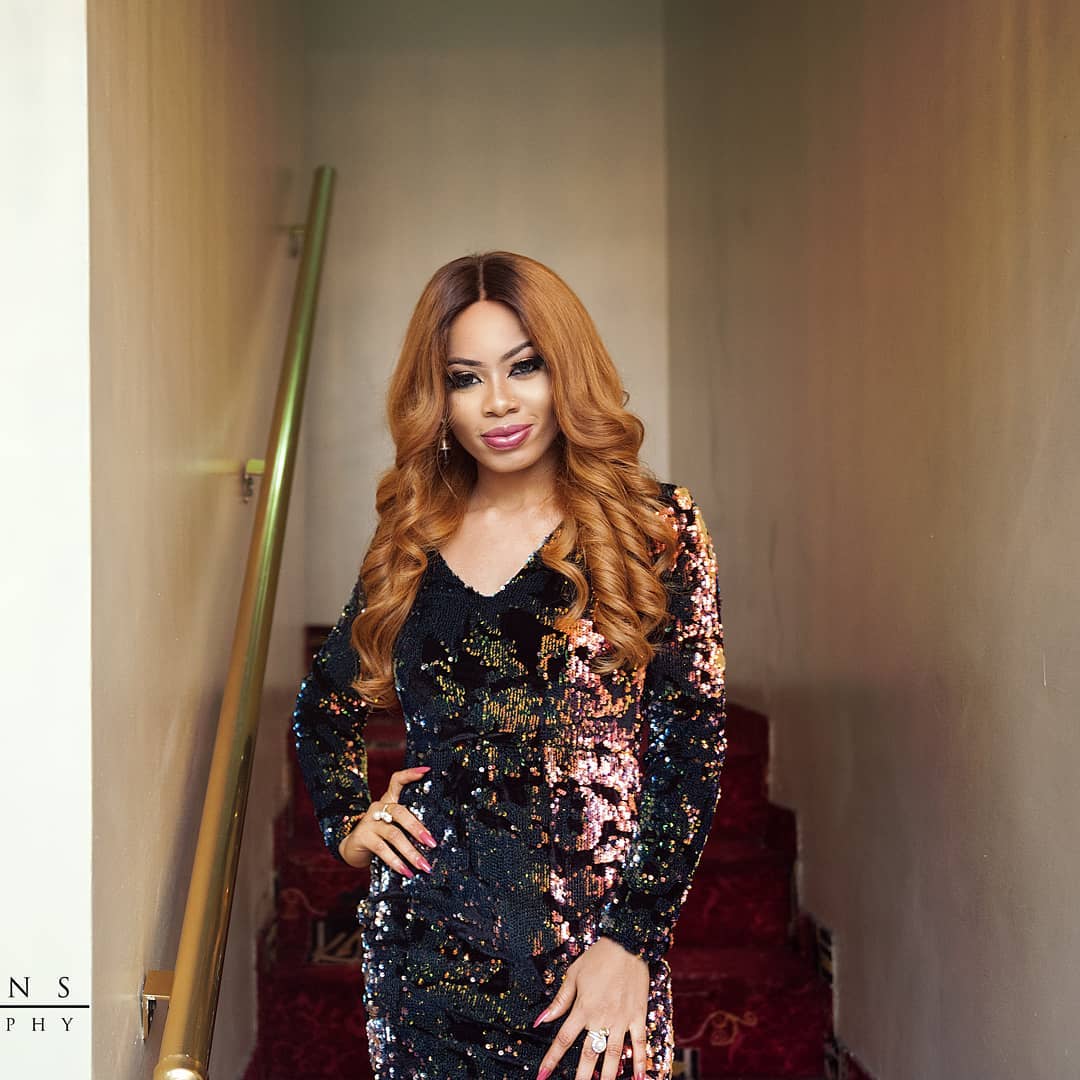 “Dear Nina, First of all I want to congratulate you on Your achievement on being one of the finalist of the just concluded #BBNaijaDoublewahala..

“Since the 2nd week of the show when you supposedly fell in love with fellow Housemate miracle, please note that Collins had given up on the notion that you will come back to him so please desist from Slandering him and saying things that will hurt him more than you already have.

“Mind you he supported you to the very end,I helped him create the #Ninaivy Facebook page even before the show went live.. we all did..despite being mad at you we all still supported you till the end..

“Please note : this is not a reprimand but an appeal to you and everyone that has been Dragging my Gee on social media to let him be.

“Collins Nwamuo aka Spirit Child like I fondly call him will be fine but his hurt will go away faster if you stop dragging him on social media .. 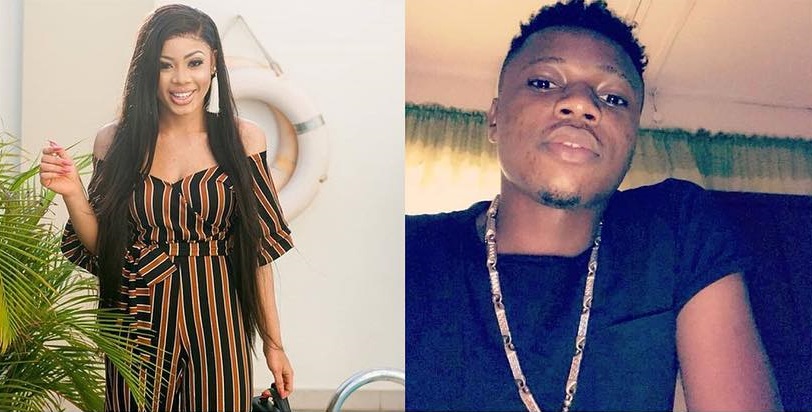 “Nina Live and prosper..but Please be Humble and Don’t let life Humble you..