A one-eyed man said to be on the Police wanted list over the murder of 15 people have been arrested in Ogun State.

The suspect identified as Sunday Paul a.k.a Blade, is reportedly the leader of the Eiye confraternity in Ikenne and he was arrested on September 21 after a discreet investigation. 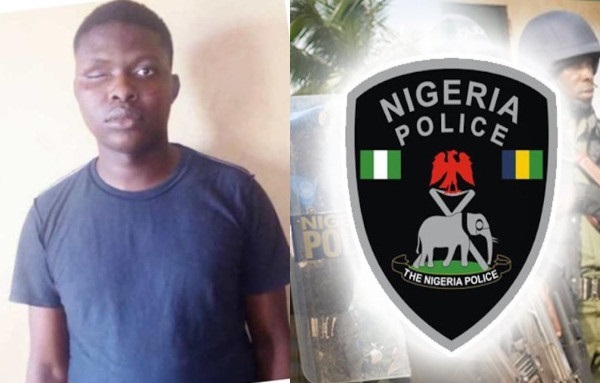 News of his arrest led to a wild celebration in the community and it was learnt that he has been arrested in the past and charged to court on three different occasions. He also spent some time in prison custody over a murder related case before being released recently.

“Upon his arrest, it was discovered that he has been arrested and charged to court on three different occasions and that he recently came out of prison over a murder related case.