Nigeria’s Senate President, Bukola Saraki led a PDP protest to INEC Secretariat over the Osun Election which has generated so much controversy. 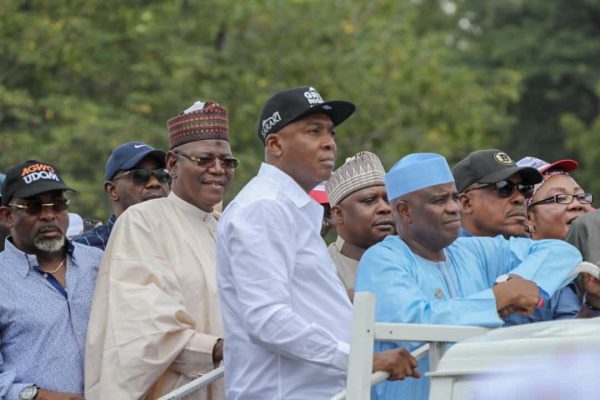 The protesters asked INEC, to declare PDP candidate Ademola Adeleke as the winner of the Osun election. Here are photos below; 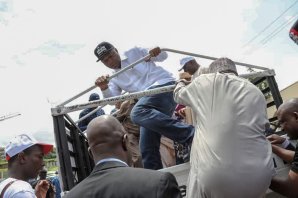 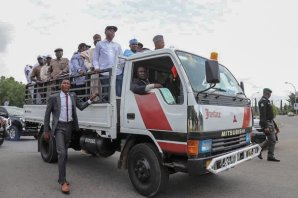 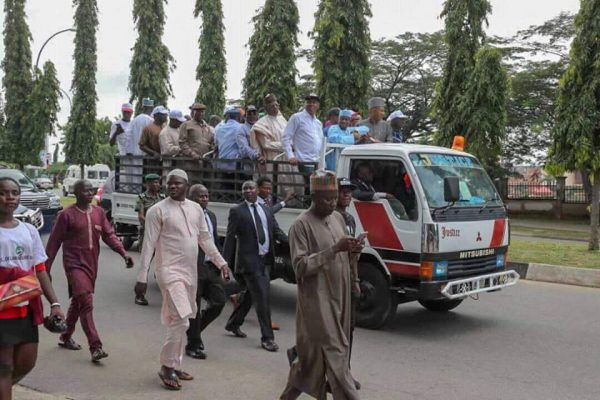 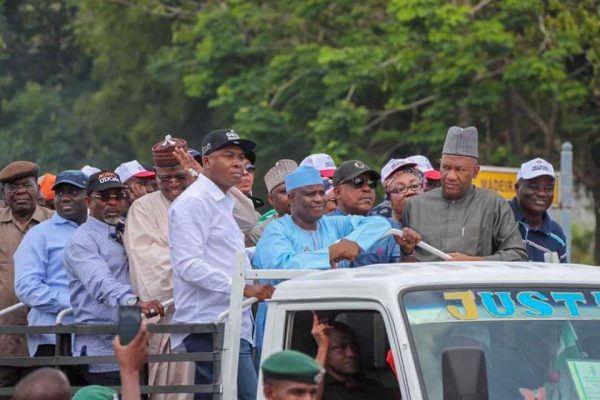 This is coming after we reported that the Osun State governorship Election Petition Tribunal sitting in Osogbo, restrained the Independent National Electoral Commission, INEC, from tampering with results.

The tribunal headed by Justice T .A. Igoche and Justice B. A Obayi as member also ordered INEC not to tamper with information contained in the card reader machines and other documents used for the poll. Senator Adeleke, through his counsel, Mr. Nathaniel Oke, SAN, had filed an ex parte application seeking leave of the tribunal to file the application before the pre -hearing session.