Psquare’s Peter Okoye who just signed a partnership deal with Empire, an American distribution company and record label based in San Francisco, California has shared a photo of himself flaunting a customized pendant with his new stage name, Mr. P. 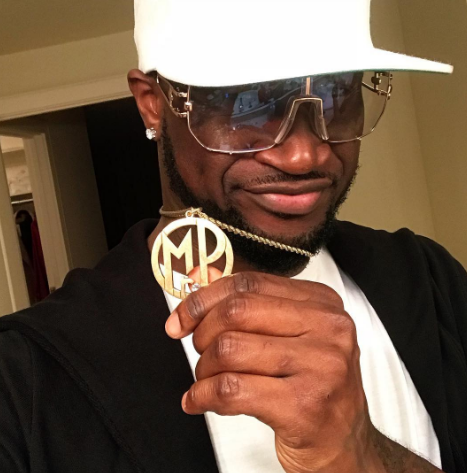 Recall, The singer who had before now disclosed that he has gone solo, replied a curious fan who asked him what songs he’d be performing in a show, whether that of Mr P or of P-Square’s. [Read Here]

Yesterday, he announced that he was pausing his US tour, to come back to Nigerian to spend time with his family.

#MissingMyfamily Special shout out to all my people in the UNITED STATE Of AMERICA?? for the love and support. I really appreciate??? But I need a break after Dallas tomorow to go see my LOVELY family back home and I will continue on the 20th in Houston ?? Oakland ?? Dc and ?? Seattle ??? and then announce CANADA?? and Europe Date?? Legooo! #MrP #KoolestDude #coolitdown #BookAndBusy Cc @nonyedambizness @wandoskie @mecafitness.ng #MyKoolestFamily @cameronokoye10 #Aliona @lolaomotayo_okoye Papa is coming home soonest???? #EnergyRenewal 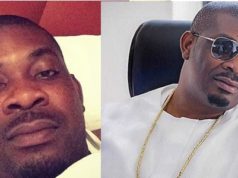 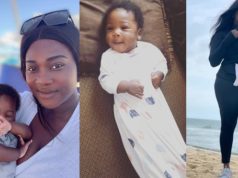 Mark my word this one go act film too – Fan predicts the destiny of Mercy Johnson’s fourth child. 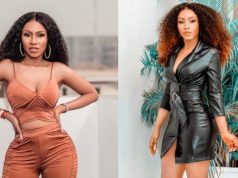 Your parents shall reap the fruits of your labor – BBNaija 2019 winner, Mercy Eke prays for her fans 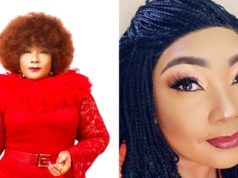 “You aren’t entitled to be respected by your wife if you don’t respect her” – Actress, Eucharia Anunobi 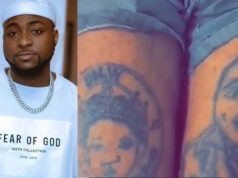 It shall be permanent! – Die-hard fan tattoos Davido’s face and DMW logo on his thighs (Video) 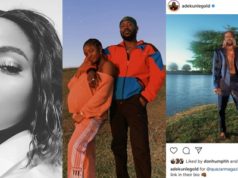 Taking pictures of yourself and uploading on social media is a great sin —...

#BBNaija: “You think like a frog” – Neo tells Dorathy (Video)

We Get Coconut Head – Don Jazzy Reveals Why Men Fvck...

Your parents shall reap the fruits of your labor – BBNaija...

“You aren’t entitled to be respected by your wife if you...

It shall be permanent! – Die-hard fan tattoos Davido’s face and...