There was a mild drama following a scuffle between a police officer and a married woman with a baby on her back.

According to reports, the feud between both parties started in Mokola area of Ibadan after the policeman was allegedly warned not to cause an accident because of the N50 fee.

The policeman was said to have harassed the woman who was on a bike with her baby in a bid to collect money from the bike man. The woman cautioned him and received a big slap for that.

An eyewitness, who was at the scene, wrote;

This is Nigeria where policeman in uniform beat married woman even with her child on her back just because he was caution not to cause accident because of #50.

Hmmm how are we sure he is responsible at home, his wife will be punching bag, why will people like this will be in service. He ought to be in asylum Government please look into this! 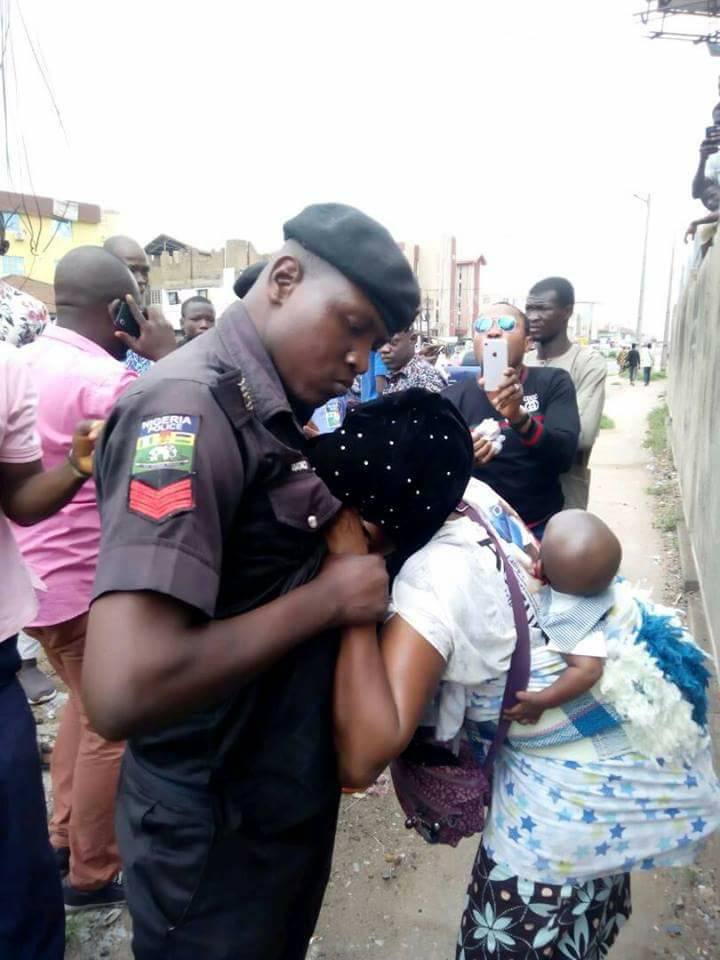 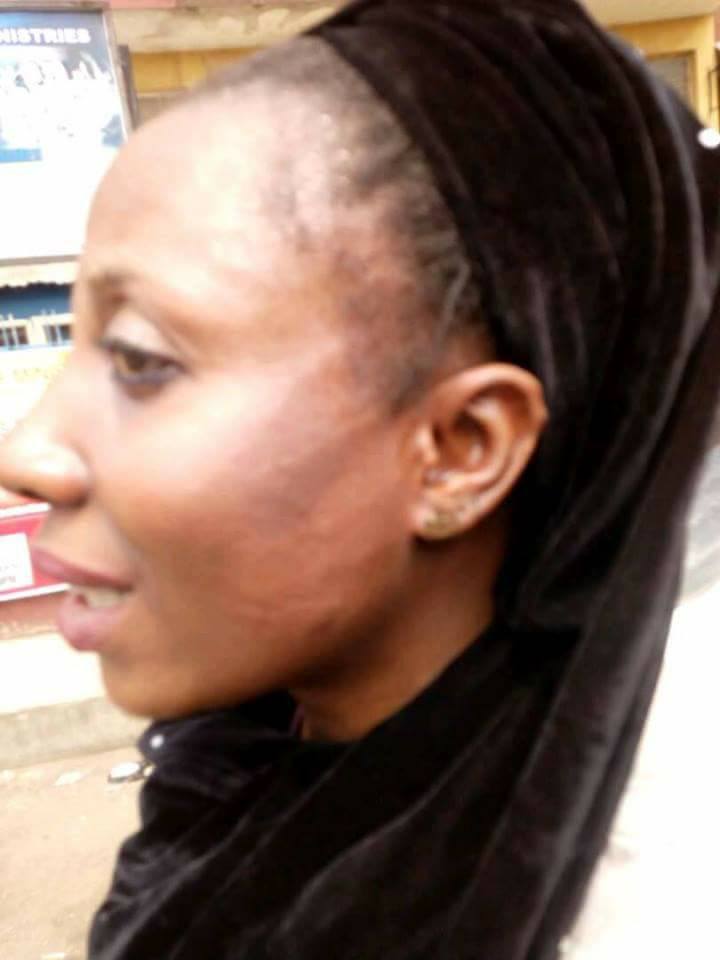 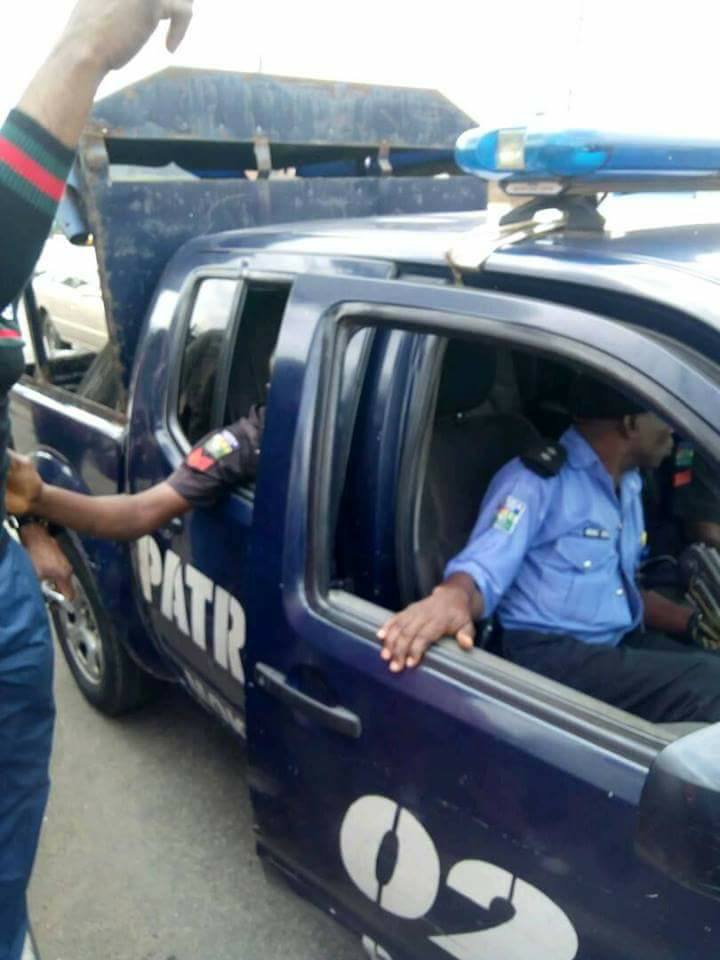 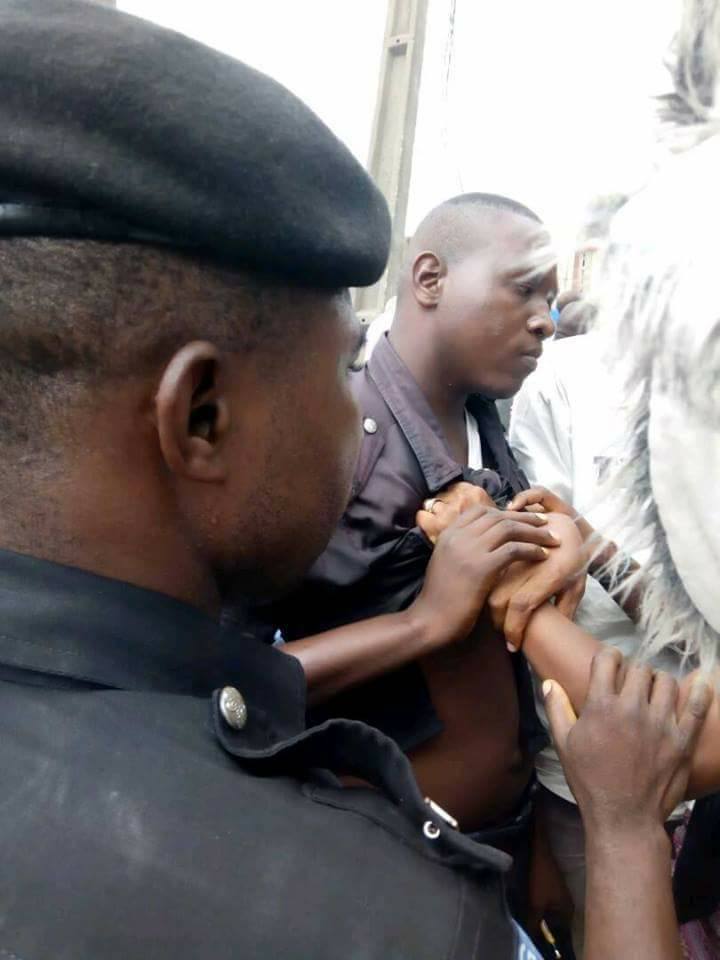 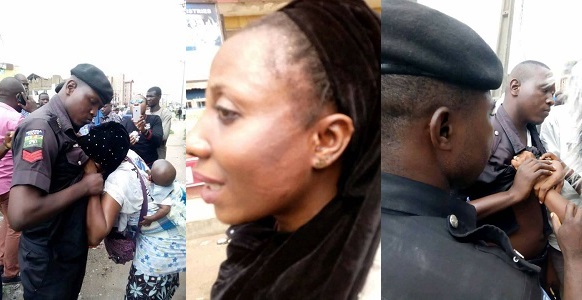 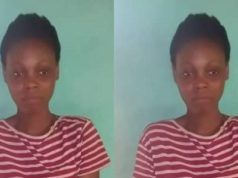 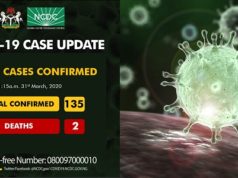 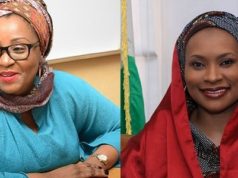 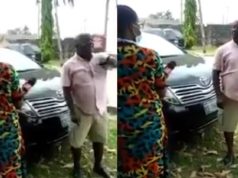 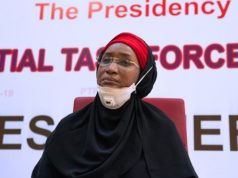 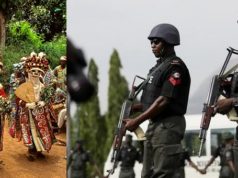