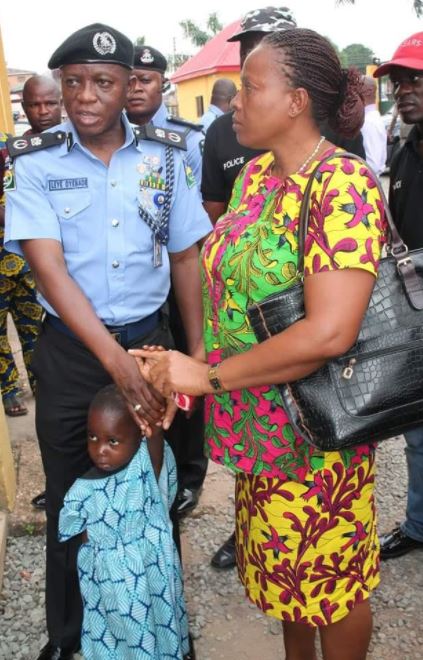 Operatives of the Federal Special Anti-Robbery Squad (FSARS) attached to the Obehie Division of Abia State Police Command on May 28th, nabbed one Godspower Emeka, 28, of Orji Street Obehie for the stealing his neighbour’s 3 year-old daughter, Mercy Emeka.

The photo shows the Commissioner of Police handing the rescued girl to her mother at the state headquarters and that of the suspects. 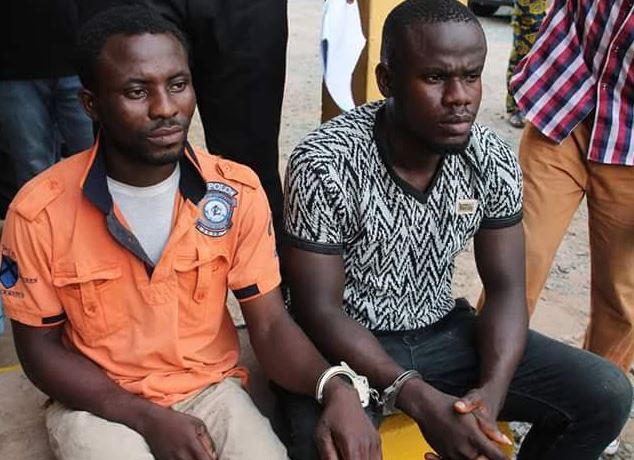 The victim who was sold to one Kelvin Ogbunigwu, aged 35yrs, of Omuma Rivers State for one Hundred and Fifty Thousand Naira (N150,000.00) was rescued by the police.

The suspects confessed to the crime, while effort is geared towards arresting other members of his gang.