On the 31st of August, President Buhari departed Nigeria alongside 9 ministers and 4 state governors for the Forum on China-Africa Cooperation (FOCAC) summit.

The president is now back in the country. Announcing his return, Bashir Ahmad, the personal assistant to the president on new media wrote on twitter:

“After a successful outing at the #FOCAC2018 in Beijing, the People’s Republic of China, President Muhammadu Buhari returned to Abuja, yesterday.”

After a successful outing at the #FOCAC2018 in Beijing, the People’s Republic of China, President Muhammadu Buhari returned to Abuja, yesterday. pic.twitter.com/NyICeu48vS

The president was received by his chief of staff, Abba Kyari and the inspector general of police, Solomon Arase as he arrived back into the country.

At the summit, it was gathered that a $328 million agreement was signed by Buhari and China, on the National and Communication Technology Infrastructure Backbone (NICTIB) Phase 11. According to Garba Shehu, senior special assistant to the president on media and publicity, the NICTIB 11 project will be executed by Galaxy Backbone Limited and Huawei Technologies Limited (HUAWEI) while funding will come from the Chinese EXIM Bank. 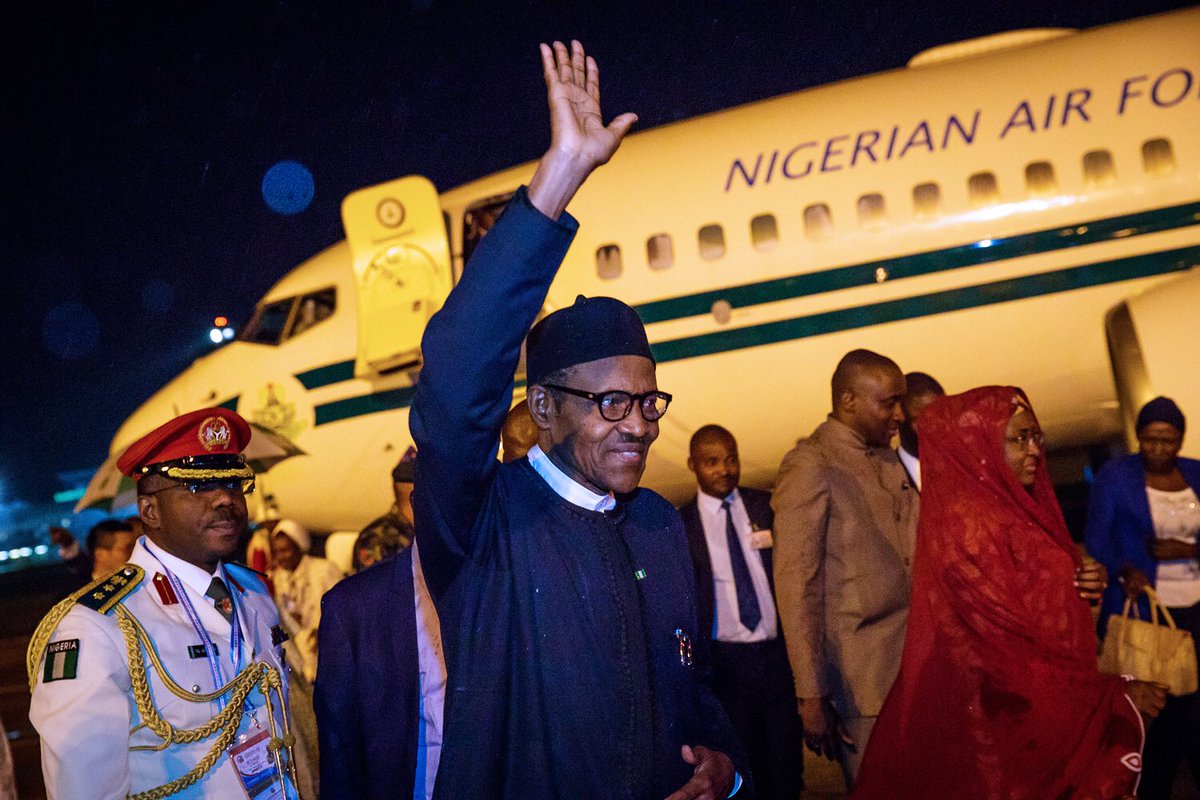 President Buhari who interacted with the Nigerian community in China, also pleaded for the support of the chinese government for speedy completion of the Mambilla power project in Taraba state. The President told those present that Nigeria has benefited projects worth over $5bn from China during his administration.

Before he departed China, President Buhari alongside some governors and ministers met with the governor of Guangzhou Province H.E. Zhu Xiaodan on Friday, April 15. Earlier, the president on arrival at Capital International Airport, Beijing at about 9:04 am (Nigerian time), was received by top Chinese government officials including the Chinese Ambassador to Nigeria, Zhou Pingjian. 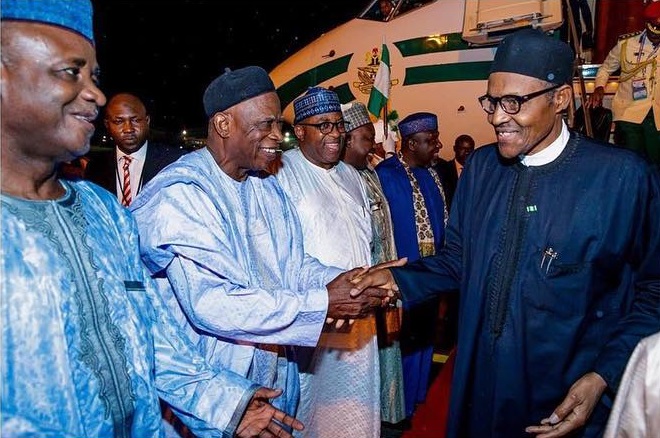