Meghan Markle has arrived to marry Prince Harry in a simple but beautiful pure white dress leaving the groom close to tears when he saw her for the first time.

The moment his father Prince Charles handed Meghan over, Prince Harry grabbed his bride’s hand and told her: “You look amazing.”

Then he said to his father: “Thank you, pa” after his father Prince Charles walked her down the aisle of St George’s Chapel, Windsor.

Harry’s tears turned to laughter when Meghan made him giggle as they exchanged vows. 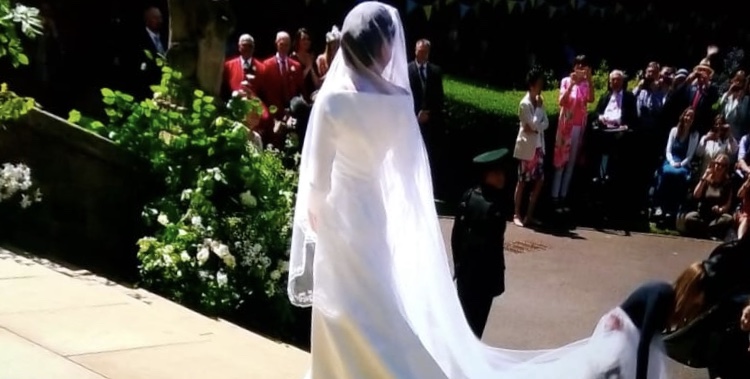 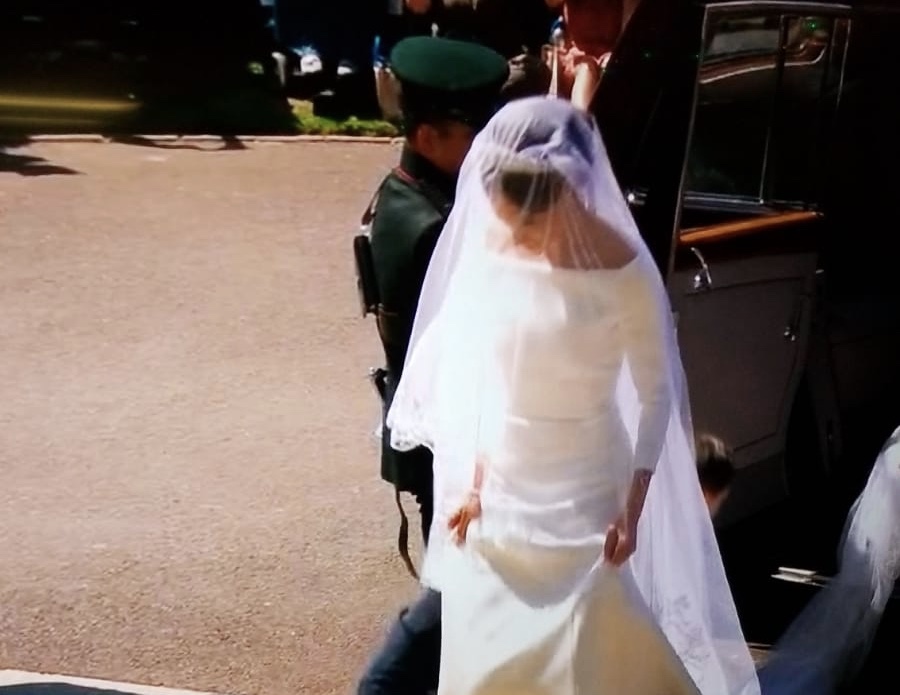 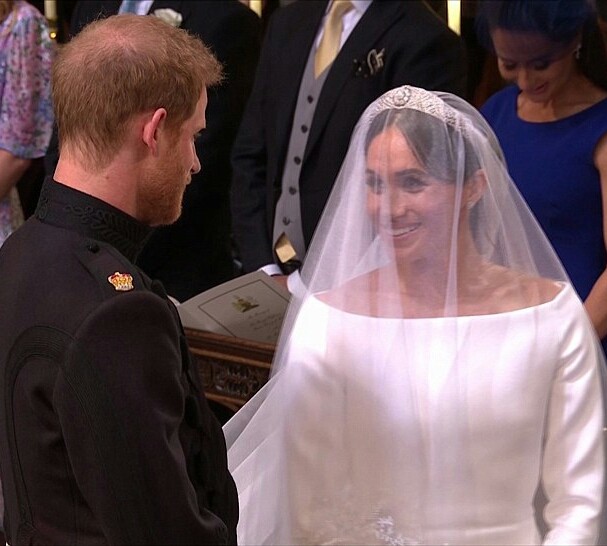 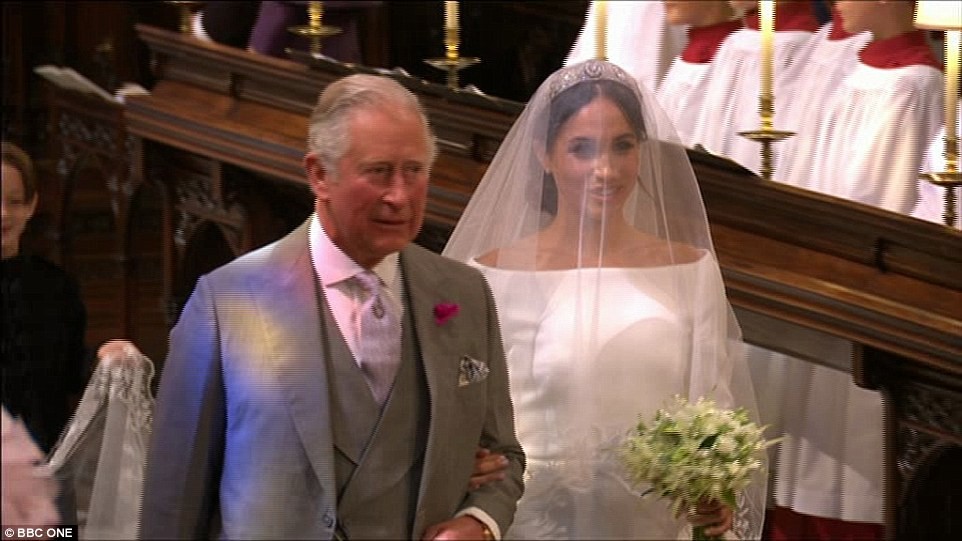 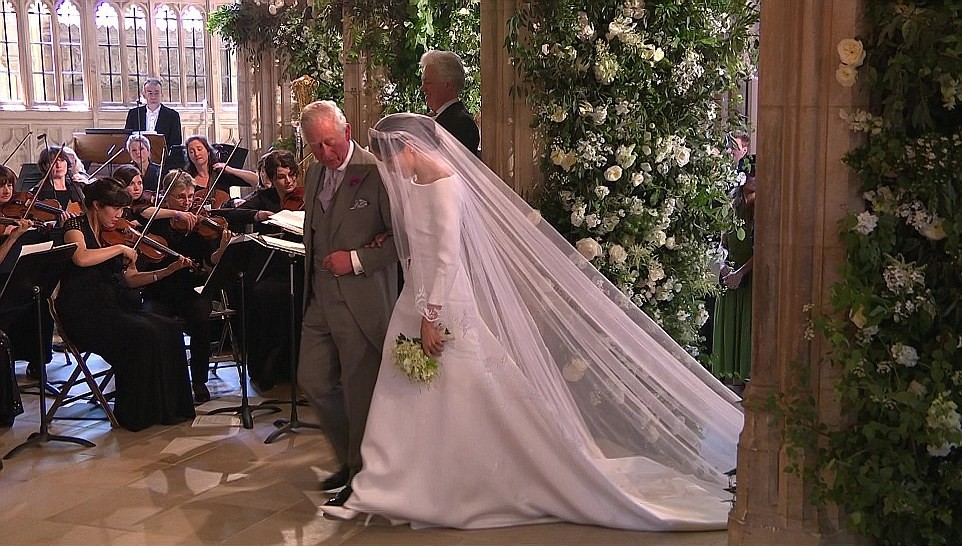 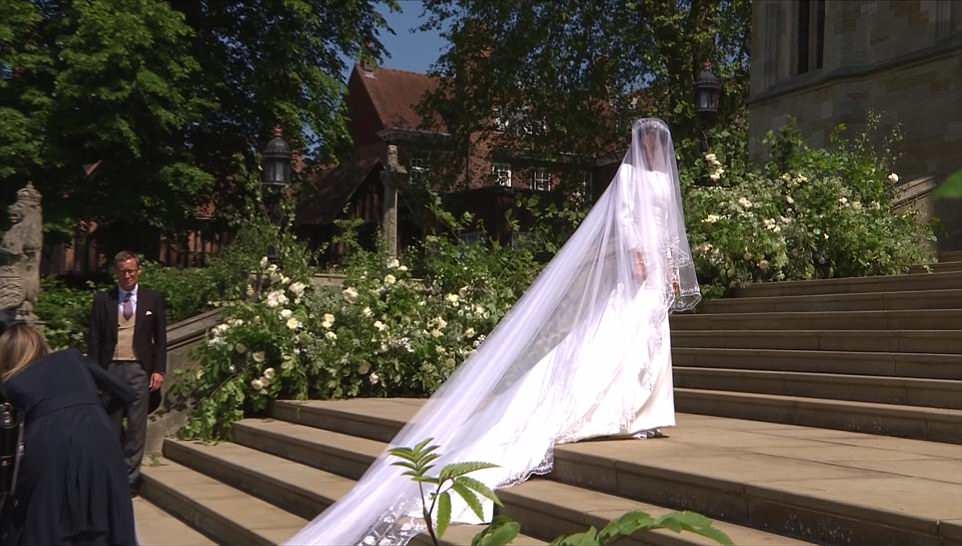