Home Entertainment News Reality star, Cross fumes after his car was clamped for parking in... 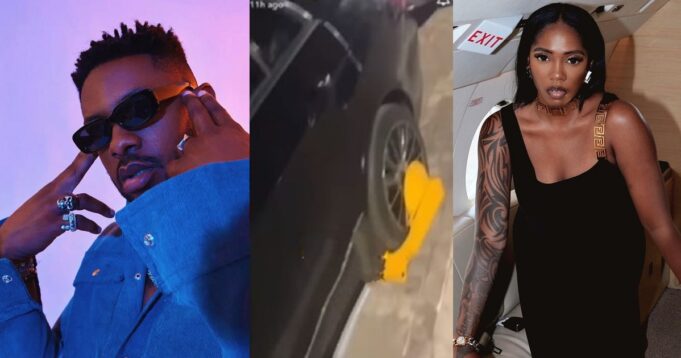 Big Brother Naija star, Cross, has reacted angrily after his car was clamped for parking in front of superstar singer, Tiwa Savage’s house.

According to the reality star, he was at the estate where sensational singer Tiwa Savage lives and parked his car in front of her house.

However, by the time he returned to the spot where his car was parked, the estate security had clamped the car’s tyre and prevented him from driving out.

Sharing the video online, an infuriated Cross said, “I’m gonna deal with them, these estate people.” They f*cking clamped my car because I parked in front of Tiwa Savage’s house. “

In other news, the founder of Salvation Ministries, David Ibiyeomie has issued a stern warning to Nigerians ahead of the forthcoming general elections in 2023.

While preaching to his church members recently, the clergyman warned them against voting for a candidate based on party affiliations, despite knowing that he’s incapable of leading the country.

According to him, if peradventure Nigerians end up voting in a bad leader in 2023, the state of the country will worsen and they would be the ones to suffer the consequences of their decision.

“You are seeing that this person cannot perform, yet you are saying Na our party…Party nonsense. I have told you if you vote party, the way you will suffer! Me I will be here, I wouldn’t suffer with you. Nothing will make me suffer with you.