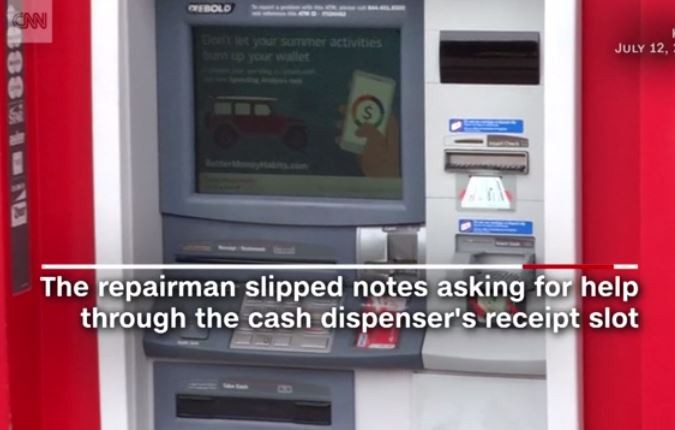 The man was there to repair a door lock, which got the better of him, Corpus Christi police spokesman Lt. Chris Hooper told The Washington Post. The contractor, whose name and company were not released, had left behind his phone and a device needed to open the door from the inside.

According to the Corpus Christi Police, A repairman changing out the lock of an ATM was stuck inside the room that houses it and was forced to slip notes asking for help through the cash dispenser’s receipt slot.

It was reported that the man was changing the lock of a room that connects to the ATM of a Bank of America on Wednesday afternoon when he was trapped.

Normally, In those type of situations, help is just a text or phone call away however the repairman left his phone in his truck.

With no phone, and no one around to free him, the repairman decided to write notes asking for help and slip it through the receipt slot, hoping a bank customer would see them.

The repairman wrote the note including his boss’ phone number but Police revealed that some customers thought the notes were a joke, but one decided to give them a call.

“Please help. I’m stuck in here, and I don’t have my phone. Please call my boss,”

An officer kicked down the door to reveal the author of the notes. 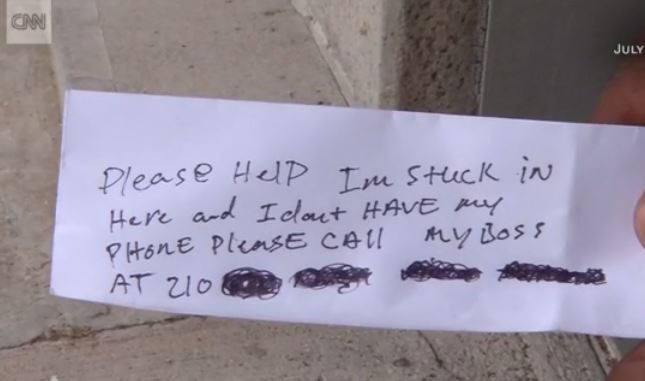