Home Entertainment News “The same man who picks your call before it finishes ringing will...

Former presidential aide and author, Reno Omokri has advised women not to confuse poverty in their male partners for humility.

According to him, money brings out the real character in a man and it is not advisable to judge a man’s humility when he is broke.

He also cited examples of things men do when they suddenly become rich.

“Money brings out the you in you. You can never judge a man’s humility when he is broke. Most poor men are humbled. There is a difference between a humble man and a humbled man.

“Finding humility in poor men is like finding a black cat at night! When many poor men suddenly become rich, even the way they walk changes.

“The same man who used to pick your call even before it finishes ringing will start busying your call.

“If his wife is not careful, he will upgrade her with a more befitting woman. So, don’t tell me you are humble. You are just broke!” 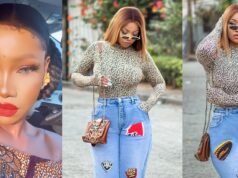