Social media users are rallying round support for a Black American man who was convicted for stealing $9 and has already spent 38 years in jail.

Netizens launched a petition for Simmons on Change.org with the intention of seeking his release by way of a court commutation.

According to the petition details, the man, an Army veteran with the US military, was prosecuted in 1982.

He had three prior convictions, one of which was for grand larceny. He told reporter Beth Shellbure the other two were for receiving stolen property.

Mr. Simons was convicted of 1st-degree robbery and sentenced to life without parole for stealing $9, a crime for which he has spent the last 38 years in prison.

Over the years Mr. Simmons has filed several appeals without any legal assistance. All of his appeals were denied, and based on a 2014 change in Alabama laws, it appears that he has no appeal options left. In the interest of

Moved by his case, an activist, Makehru Bradley launched the petition with a target of 4.5 million signatures, appealing to justice Governor Kay Ivey to commute Mr. Simmons sentence.

As at the time of filing this report, the petition has gotten over 3 million signatures. 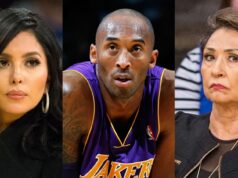