Home Viral Solomon Buchi dragged on Facebook for saying his fiancée is not the... 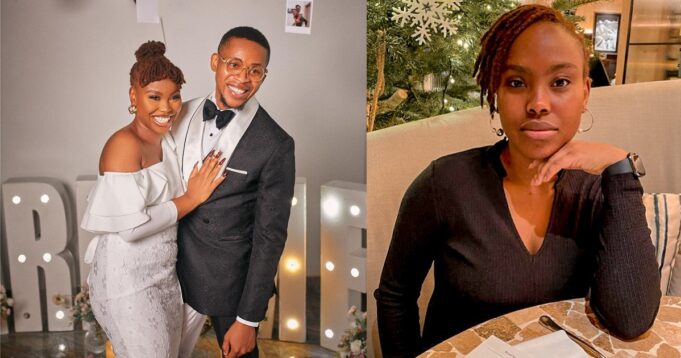 Social media commentator, Solomon Buchi is currently receiving heavy backlash on Facebook for saying his fiancée, Arike, is not the most beautiful or intelligent woman.

Buchi who recently proposed to his girlfriend of one year, had on Sunday, July 24, took to his social media page to share a rather controversial writeup about his woman.

According to him, though his fiancée is not the most beautiful or intelligent woman he knows, he has chosen to do life with her because he’s not looking for perfection.

“You’re not the most beautiful woman; neither are you the most intelligent woman, but I’ve chosen to never find perfection in anyone else. I put my gaze on you, and with that commitment, we would mold ourselves for ourselves. Our perfection is in our commitment.

Stating that you’re not the most beautiful/intelligent might sound like it’s not a compliment, yeah? But it’s a realistic base for real love. Acknowledging that my woman isn’t the best, but I’m not looking for the best. I was looking for you and I found you. There’s no best, there is just someone you choose and see the best in them. This to me is the real love. Not the one that consoles itself in the faux reality that their partner is the most good looking, most intelligent, most successful person in the world. That’s disingenuous and doesn’t give room for love to thrive. My love for you isn’t about you being the best, it’s about you being you. There’s just no other you.

I love you, ayanfe. I’m committed to you. I miss you so much!!! But my love for you is stronger than distance.”

However, the post didn’t sit well with a lot of people, especially women, and they stormed his comment section to drag him to filth for speaking lowly of his fiancée, while some called him a narcissist.

See some of comments below,