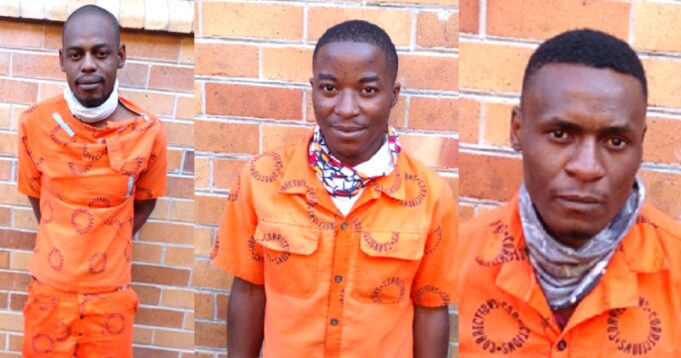 The Limpopo High Court, Polokwane, South Africa, has sentenced three members of a gang known as “Boko Haram” to a total jail term of 384 years.

The convicts, identified as Ndou Lukase Rembuluwani and Ndou Ben (both 29) and Khoza Ngobeni Small (28), were convicted for a series of crimes they committed between September and October 2017.

After being found guilty on a total of 25 charges against them, they were sentenced to prison on Tuesday.

The charges included murder, attempted murder, possession of an unlicensed firearm and ammunition, and housebreaking with the intention of robbing. Other counts bordered on theft, robbery, and malicious damage to property, The Citizen reports.

The trio were also convicted of contravening immigration laws for being in South Africa illegally.

The gang was among criminals who harassed Polokwane municipality villages under the appellation “Boko Haram.”

They attacked teachers at their residential house in Westenburg and stole laptops, television sets and phones on October 9, 2017, nine days after they robbed Magezi Football Club players of their phones, soccer kits, shoes and clothes.

In other news, the Federal Government has released the names and pictures of the 64 Boko Haram terrorists who escaped from Kuje Medium Security Custodial Centre in the Federal Capital Territory, Abuja.

It was gathered that it was a coordinated attack by the terrorist group to release their embattled colleagues being held in the facility.

The Nigerian Correctional Service have now declared wanted all the 64 Boko Haram terrorists who escaped.

Their personal information was released by the Service Public Relations Officer, Abubakar Umar, on Friday July 8.