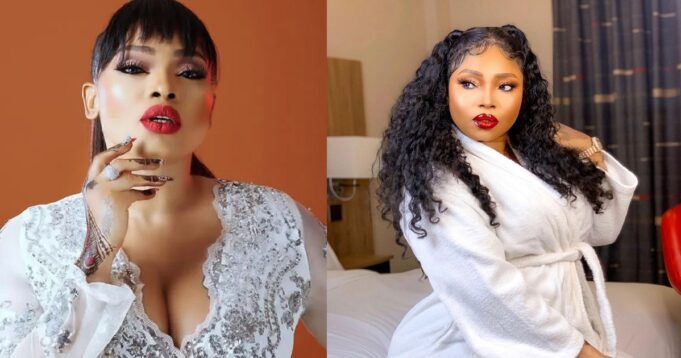 Nollywood actress, Halima Abubakar, has urged closeted gay men to open up about their sexuality rather than lie to women.

The thespian made this plea while reacting to the story of a young man who purportedly broke off his engagement to a woman in order to wed another man.

According to reports, the young man, Clarence Yarbrough, will marry his lover on the same day that he was meant to marry his female fiancée, whom he abandoned after getting her pregnant. ICYMI.

Reacting in a post via her Insta-stories, Halima noted that being gay is not a “big deal” and asked closeted gay men to stop lying to women.

“Tell us, its not a big deal, stop hiding shit, we can sense it stop lying to women”, she wrote.

Meanwhile, popular gay rights activist, Bisi Alimi has commiserated with the ex-wives and girlfriends of closeted gay men in Nigeria.

The abroad-based LGBTQ advocate took to his social media page to address women who were married to or dated homosexuals, referring to them as the “Association of ex-wives and girlfriends of Nigerian gay men (AWGNGM).”

Saying a word of prayer for them, he prayed for God to wipe their tears from the pain they experienced after discovering their beloved husbands were gay.