A video of an Ozo stan, Cubana Chiefpriest bragging that he’s extremely rich and can buy Big Brother has emerged on the internet. 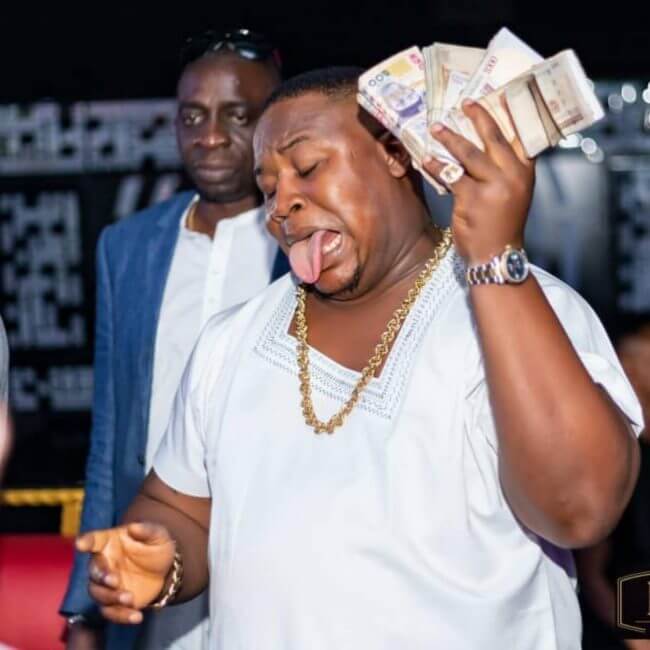 The video which was recorded weeks before Ozo’s eviction yesterday, shows Cubanna chief priest rooting for his favorite housemates, Prince and Ozo.

According to him, when he says a housemate will win, the person definitely emerges the winner. However, his favourites have been evicted from the show and couldn’t make it to the finals and Nigerians have now dug out the old video to mock him.

In the video, the celebrity barman brags that he’s extremely wealthy and can buy off the most watched African reality Tv programme.

Recall that, Cubana recently appealed to indigenes of Imo state to come out and vote for Ozo in order for him to win the reality show. According to him, he wants Imo state to make history by winning the show three times in a roll.

Cubana Chief Priest described Ozo as a loving, caring and passionate man, whose only crime was falling in love.

“Ndi Imo🇳🇬 Let’s Make History, Lets Win Big Brother Three Times In A Roll, We Re Born To Win✨ @officialozo__ All The Way !!!! Meet Me @hytelphones Cherubim Junction In Exactly 1 Hour From Now @bulletnigeria Has So Much Airtime For Us To Vote🗳 Ozoemena Bu Nke Anyi. I Get Money, I Get Fame, I Get Data, I Get Energy, I Get Time, I Get Sponsors, I Get God, Tell Me Why My Loving, Caring N Passionate Brother Go Go, His Only Crime Was Falling In Love❤️”