Home Viral The day I left my ex-husband, I allowed him to make love...

A Nigerian lady identified as Claire Nnandi on Facebook has taken to the social media platform to narrate how she left her ex-husband.

According to the lady, on the very day she left her ex-husband, she allowed him to make love to her, served him his best meal and kissed him goodbye as he left to go watch a football match in the Ajah area of Lagos.

Claire who was decided to narrate her story after learning of the death of a Ghanaian lady who was shot and killed by her ex-husband who is a pastor, reveal how she has received series of death threats from her ex-husband and also talked about why it is important for her to stay off-sight.

Claire had in a previous post narrated how she lived with her husband when she was still married, read the post after this story.

Read her story below;

The day i left my ex husband, i allowed him to make love to me, served him his best meal and kissed him goodbye as he left to go watch a football match at Ajah.

We lived at Magodo, I calculated the time i had, max 4 hours.

I started packing hurriedly, I packed everything I considered important, because I knew I’d never get anything I leave behind again.

I got a taxi to tow my car out of the house, which by the way, my ex disabled intentionally so I wouldn’t be able to go anywhere, my Friend, Eby, was kind enough to let me park it in her house.

He came back and found out I’d left, he began calling me, he called me over a 100 times.

He sent me messages of love, some he’d be pleading for me to come back.

48 hours after, he changed.

I started getting threats from him.

I’ll kill you.
I’ll cripple you.
I’ll burn your father’s house down.
If i can’t have you, no one will.
Watch your back.
You’re mine for life.

He didn’t sound apologetic in all of this.

He was arrogant and threatening.

He’d wait till 1am, 2am, call me and just be breathing.

Sometimes he’d call me and threaten me, bodyshame me, tell me he loves me, then threaten me again.

Everytime I changed my number, he’d get the new one and call me.

In all of these, I recognised the clear and present danger i was in and I never took it for granted.

I stayed out of sight.

Once I’m done at my place of business, straight to my house.

No partying, No socialising. No hangouts. Nothing.

My godmother was mad, she said she’d get him arrested, do this, do that.

I remember looking her in the eyes and telling her, all it takes, is one bullet. Just one, and I’m history.

The more I stay out of sight, the more he forgets me.

I’m not going to go at it with someone whose reality had become obfuscate.

I wanted to stay alive, and my best bet of achieving this, was to stay out of his sight.

I’m writing this today, because I read about the Ghanaian pastor in America who shot his wife to death.

He threatened to kill her before her brother and all they did was, call the cops.

Call the cops because you’re assuming you’re dealing with someone who is mentally stable and is Still under the the rule of law.

Their first and only mistake.

That man was no longer mentally stable and the only rule of law he knew at that time was the dictates of his unstable mind.

Imagine how angry and utterly insane you have to be, to shoot someone, then walk over, stand over her body and fire more shots into her head point-blank.

He is ready to die and so has no regards for another person’s life.

I wish she and her family had understood this.

I did, that’s why I’m alive today.

Here’s my advice to Women who have left an abusive spouse:

TAKE STEPS TO PROTECT YOURSELF.

My deepest condolences to her grieving family.

And in this journey of life, may we never find love in the arms of our executioner.

HERE IS THE STORY OF HOW SHE LIVED WITH HER HUSBAND:

I got married as a teenager. I remember my dad being unhappy about it. He didn’t want me to.

My husband was older by almost 18years. Very handsome, Intelligent, comfortable, appeared to be a gentleman.

I remember when he was courting me anytime we quarrelled, I’d leave him and go home.

He’d call me, I wouldn’t pick his call, Next thing, he’d come to the house and beg me, didn’t matter if I was right or wrong.

I remember he’d be there to pick me from work, no matter how late I closed, open car doors, kisses on my forehead, the works.

I thought he was the man of my dreams.

Barely 3 days in, I got a shocker.

I went with my friend to the saloon to retouch my hair, I was washing my hair when he called, I couldn’t take his call so I asked my friend to please answer,

the minute he realised he was speaking with my friend, he lost it, he began to scream at her, my Friend was trying to explain to him but he wasn’t having it,

so at some point she told him, abeg I’m not your wife don’t speak to me like that and hung up.

He started calling back, he called about 3 times, i had to pick the call, I tried to explain why I couldn’t pick earlier, I had Barely said baby I… when he let rip a torrent of curse words, you fucking bitch, ashawo, prostitute, you were fucking right?

I was speechless, I stammered in shock, he screamed again, where the fuck are you? I told him, within 10 minutes he came and we left for home, abandoning my friend at the saloon.

All the way home he was seething, I was seething too, I thought it was the man that courted me I was with, so I was equally angry too, I didn’t know his real self was about to show.

The minute we stepped into the house, i got a thunderous punch to the side of my head.

I staggered, was trying to gain my composure to talk when he came at me with torrents of slaps and punches, kicks too.

He finally stopped after I lay inert, and said to me, don’t you ever try to cheat on me again!!

From that point onwards, the physical abuse was a regular thing.

I gave birth to my first surviving child with my left eye swollen shut. This was the beginning of Enmity between himself and my Ma.

I begged my gynaecologist to please insist I be admitted during the duration of those 6 weeks. Those were the happiest 6 weeks of my life in that marriage.

I remember when I travelled for my elder sister’s marriage Oby Nnadi, we were at the saloon in Owerri when he called me and I missed his call,

he then called my sis and I spoke to him through her phone and explained i didn’t hear the phone ring. He didn’t say much before he hung up.

When I got back to lagos, the beating I got resulted in one of my eardrums getting busted.

I lost several phones because I was constantly holding my phone in my hands so I wouldn’t miss his calls, and he would call repeatedly till I picked, sometimes I’d see 50 missed calls, I’d know I’m dead already.

Because of this, till date, I HATE being called repeatedly, especially by my partner, I get panic attacks, my breathing ceases literally.

I begin to sweat, my heart starts to beat erratically, till Tomorrow. I can’t stand repeated calls.

My family members were not allowed to visit or call. He isolated me completely.

Only my elder sister wouldn’t leave me alone. She fought him to a standstill, till he had no choice but to bow to her coming over.

At some point, they developed a respectful but distant relationship. Sis, I love you, Thank you.I know you did that for me.

He was changing my sim card every other month.

He was answering my calls, my male cousins all loved me, i was their paddy, most of them lived abroad,

he chased everyone of them away, insulting them, calling them my boyfriends.

He got a pump action, was given rubber bullets, he used me as target practice, Every shot he aimed at me pushed me to the ground, he’d mock me and say i wasn’t even strong

He broke my leg, my head, tore a part of my body with an iron hanger. God!!

He was always womanising, clubbing and coming home in the mornings.

The first time I ran away, my godmother got Project Alert involved.

They invited him and interviewed him, they asked him what I usually did that used to annoy him to the point where he’d brutalised me like this,

was I rude? Insulting? Had he caught me cheating?

He told them I was nothing but a good wife. That I love him, but its just that he has a bad temper, and usually just transfers his aggression to me.

Mrs Josephine Effah, was angry that day and asked me what I wanted to do, I remember him begging me not to leave him, so yes, I went back.

Thank you Project Alert and Mrs Josephine Effah for the good you do.

I finally left after he strangled me one day and left the house, but for some reason I remember i heard my son crying over my body and somehow I came to.

That was the day I began to plan my escape.

My escape is a story for another day.

I wrote about my friend who doesn’t want to leave and me blocking her because she won’t leave, because I’m mad at her.

I was a rich man’s wife, driving expensive cars and living what people were thinking was a great life, yet I left. She’s the one feeding the house in her case and paying the bills still she stays.

I was a student in my final year without a penny to my name when I left, I knew the transition to a meagre lifestyle would be hard, but my life was more important, i left.

My friend is in a time where our society is somewhat supporting and standing up for abused women, the time i left, the support wasn’t there like it is now.

My family were most supportive of my decision and for that, I thank them.

I’m in a Healthier and Happier place in my life.

I want any woman in an abusive marriage to realise this: 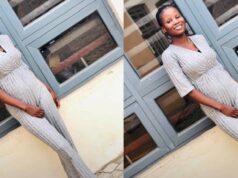 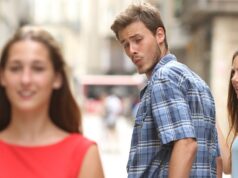 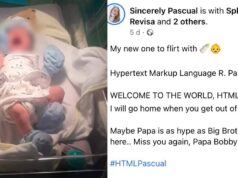 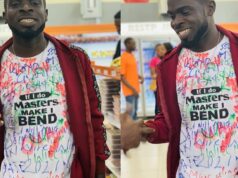 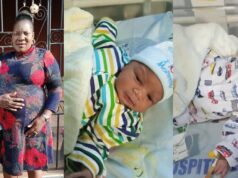 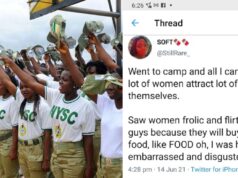