A video making the rounds on social media, shows the moment some military officers with the apprehended suspected male students of the University of Maiduguri who allegedly pose as Boko Haram members to attack their fellow students and steal from them. 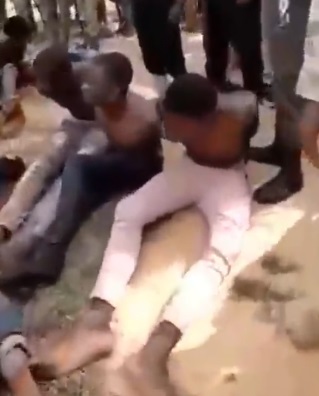 In the video, a senior military officer told reporters who were present while the criminals were being paraded that