A father has been reported dead after he was allegedly shot by a vigilante member. The incident took place on Tuesday evening, April 28, in Eyenkorin, outskirts of Ilorin, Asa local government area of Kwara state. 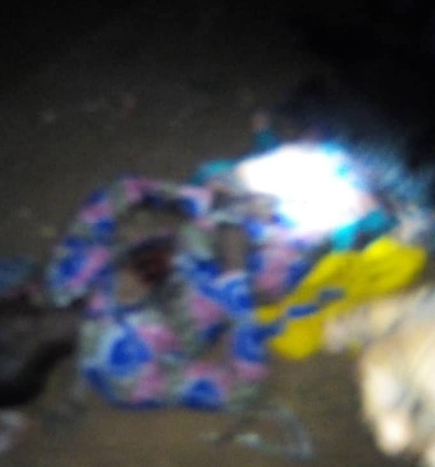 A local vigilante member identified as Sule who was hired by Eyenkorin community, allegedly shot the man —a commercial driver named Idowu— because he refused to part with N5,000 bribe.

It was gathered that Idowu was returning from a trip to Ibadan, Oyo State, in defiance of the current COVID-19 lockdown when Sule and his colleagues stopped the driver at Eyenkorin, demanding to be paid the sum of N5,000, which the driver reportedly resisted.

It was gathered that the development led to an argument and the vigilante reportedly shot ldowu on the chest. 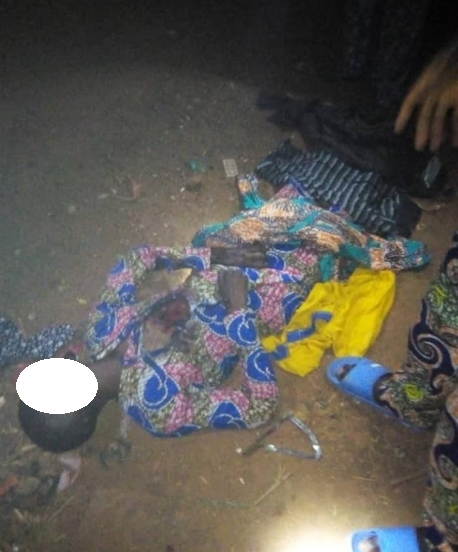 Sule is reported to have taken to his heels with his family after committing the crime.

The deceased has been deposited at the General Hospital Ilorin morgue after a complaint was lodged with the police by the family of the deceased.

Idowu, who had recently survived a ghastly auto crash, is survived by his three-month-old son, wife, and an aged mother. 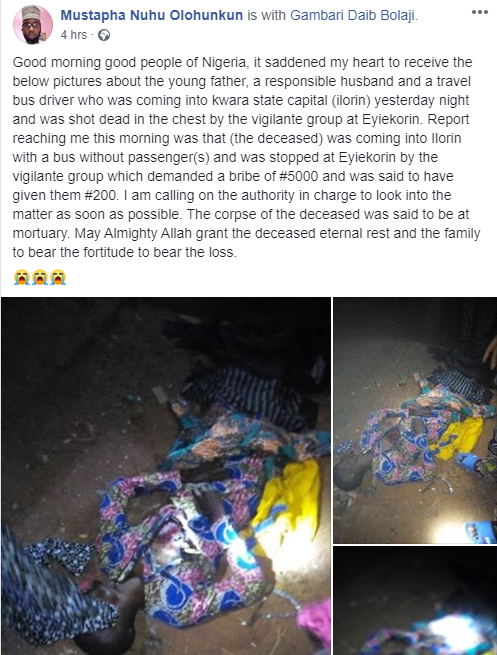 Mr Okasanmi said that investigation is ongoing on the matter.