Home News “My wife starves me of sex” — Man caught having sex with... 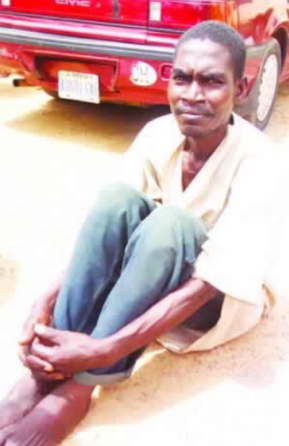 A man identified as Babangida Garba has been arrested in the Ungwar Mata, Funtua Local Government of Katsina state after his pregnant wife caught him having sex with a goat belonging to their neighbor.

Garuba, a Goldsmith, was eventually handed over to the police and he allegedly confessed to the action, claiming it’s because his wife starves him of sex.

He was paraded on Thursday alongside other criminals at the headquarters of Katsina State police command by the state Commissioner of Police, CP Usman Abdullahi. Speaking to journalists, he said it was the second time he was sleeping with the goat.

Garuba is yet to be charged to court but the state Police Commissioner, Aliyu Abdullahi, while confirming the incident, said that Garuba would soon appear in court.