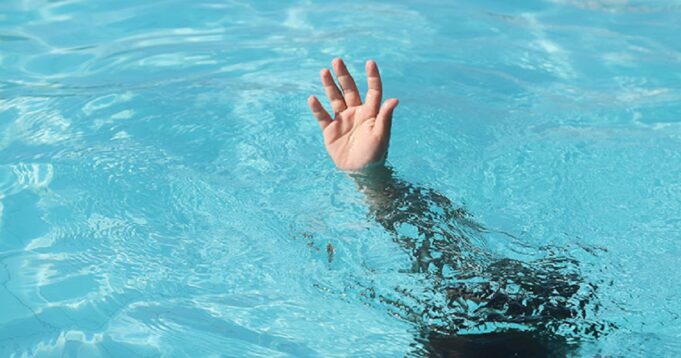 The family of a 13-year-old boy, simply identified as Ebubechukwu, has been thrown into mourning after he drowned in a hotel’s swimming pool in Lagos.

According to reports, the teenager was returning home from school with some of his friends when they entered an abandoned hotel to have a swim.

It was said that since it was an abandoned facility, there were no lifeguards or staffers except for a security man at the entrance.

It was gathered that the security man usually charged tokens from intending users of the pool and ensured it was kept clean for them. Unfortunately, after the teenager drowned, the security man fled the scene and is currently at large.

Confirming the incident, the Lagos State Police command’s spokesperson, Benjamin Hundeyin, said the incident was reported at the Ago Police Station around 3:30pm on Friday, July 22.

He added that the information available to the command showed it was an abandoned hotel property.

This comes after a family’s three children drowned in a communal pool at their estate in Ajah on Sunday, June 12.

Punch reports that the couple had gone to an event when the three children left their house to swim in the pool.

According to an eyewitness, an alarm was raised after the three children were found motionless in the pool. They were immediately removed from the pool and rushed to the hospital where they were confirmed dead.