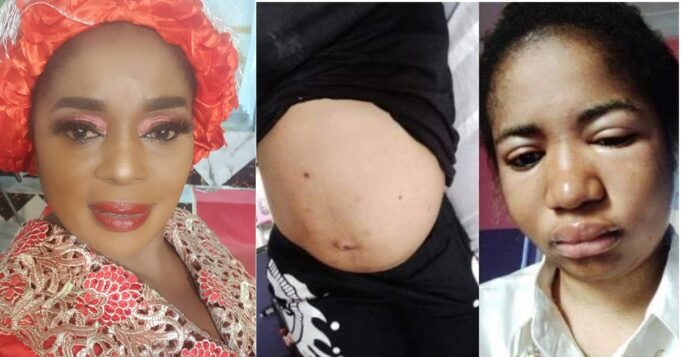 Recall Ada Jesus had accused Prophet Odumeje of conniving with Rita Edochie to stage fake miracles. She had also claimed that she helps Rita get men that sleep with her.

Fast-forward few months later, she came down with an ailment that got her incapacitated and unable to speak after she made the allegation in 2020.

However upon being brought to the church to beg for forgiveness, Prophet Odumeje vowed never to forgive her until she brings those he supposedly ‘connives’ with for his alleged fake miracles.

Rita had also vowed, never to forgive the ailing Ada Jesus, but thankfully, she has bowed to pressure, and she put out a video saying she has forgiven the comedienne.

ADA JESUS I HAVE FORGIVEN YOU

I am happy that the WHOLE WORLD has seen that Ada Jesus framed all SORTS of LIES and HEAPED on ME. I have been VINDICATED by Ada’s PREDICAMENTS. The good LORD has FOUGHT my BATTLE for me.
As a RESULT of PLEADINGS from people, PARTICULARLY my FANS, i have FORGIVEN her.
Let HER beg GOD for FORGIVENESS and HEALING.