Home Entertainment News All the Records Erica Nlewedim’s Fans, the Elite League, Broke on Her...

Erica Nlewedim is lucky to have the Elite League on her side.

Yesterday, the actress turned 27 and to celebrate the milestone, her fans shocked the world with a series of presentations and gifts to her, which ended up making her a trending conversation worldwide, with over one million tweet garnered in her name.

Here are some of the shocking things her fans, the Elite League, did yesterday to celebrate her 27th birthday:

1. They donated over N11 million to pay for 54 students’ WAEC and NECO forms at her Alma mater.

In the birthday spirit, The Elite League and supporters of Erica Nlewedim made a donation of N891,000 to her Alma Mata, Command Day Secondary School Ikeja, to foot the WAEC and NECO registration fees of 54 students.#Education #WorldEricaDay pic.twitter.com/IHnLZRlFh9

2. They gave a cheque of N10 million as educational support for a yet-to-be chosen parentless child:

On Behalf of @EricaNlewedim , inspired by the story of Praise on her Instagram live, we team IVY CRYSTALS, were inspired by Ericas philanthropic traits to do this.
We the Ivy crystals Elite League will like to offer a sum of 10million Naira (1) a thread. pic.twitter.com/JtGkc1MfP0

3. They paid for her full expense paid trip to Kenya:

.@ericanlewedim you work so hard and we know all work and no play makes Jack a dull boy. The Water Element Group of Elite League is Gifting you an all expense paid vacation to the beautiful cities of Mombasa and Nairobi in Kenya. #HappyBirthdayErica #EricaAt27 pic.twitter.com/vzndjXqpUU

5. They pranked her with a brand new Keke Napep:

6. Then, they gifted her a fully acquired maisonette in a prestigious neighborhood in Lekki:

Supporters of @EricaNlewedim gift her a FULLY ACQUIRED HOUSE in Lekki's Hollywood as a grand gesture of our love. 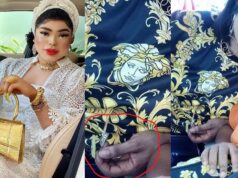 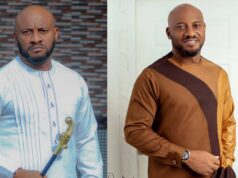 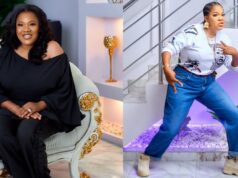