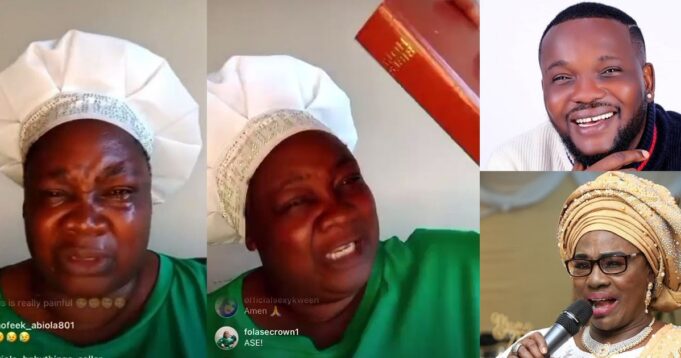 The comedienne had, in April 2021, accused Baba Ijesha of assaulting her 14-year-old foster daughter since she was 7. After months of legal wrangling, he was found guilty before an Ikeja special offences court on Thursday, July 14.

Reacting to the judge’s ruling, actor Yomi Fabiyi, who has taken sides with Baba Ijesha since the beginning of the case, stated that Baba Ijesha must be given the privilege to challenge the court ruling in all possible ways.

In an apparent reaction to this, Princess, during an Instagram live session, rained generational curses on Yomi Fabiyi. Princess also cursed Nollywood stars like Iya Rainbow, Yinka Quadri, and Baba Latin over their negligence of unruly acts in the industry.

She also laid curses on the former Lagos state Commissioner of Police, Hakeem Odumosu, whom she accused of threatening her and also humiliating her foster daughter.