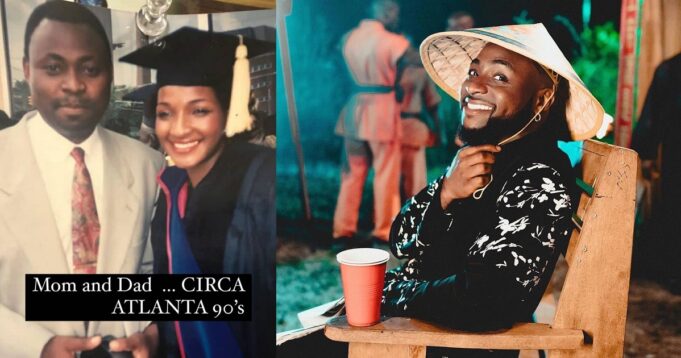 Nigerian singer and DMW Boss, David Adeleke, has gone down memory lane as he took to his social media page to share a never-seen-before throwback photo of his Mom and Dad.

According to him, the photo was taken in the 90s and the location was Atlanta, United States.

See the photo below ;

The singer, who is now a father of three, had once disclosed how he lost his mother when he was just a little over 10 years of age.

“I was about 10 to 11 years old when she died. She died on my father’s birthday. Honestly, it was just cardiac arrest. Even if it was going to happen, I would not have known because I was about 10 or 11 years old. She was not really sick. She used to get sick once in a while but it was nothing serious. “I often say that I see my mother in Chioma. I did not grow up with my mother. I can hardly remember what happened when I was that young.” The singer noted that if his mother was still alive, he would have bought her so many diamonds and houses.