The Body of Benchers, had, previously, debunked rumour that she would be allowed to use hijab for her call to bar ceremony, stating that the correct position is that a decision was taken to allow her to be called to the Bar, wearing a small covering over her hair, The Honourable Justice Zainab Bulkachuwa style

The statement said the body of benchers is yet to formally decide on any change to the mode of dress code for call to Bar as this has generated much controversy in the legal community.

“The Body of Benchers is yet to consider the report of the committee chaired by Belgore JSC as the said report is not yet ready or ripe for consideration. 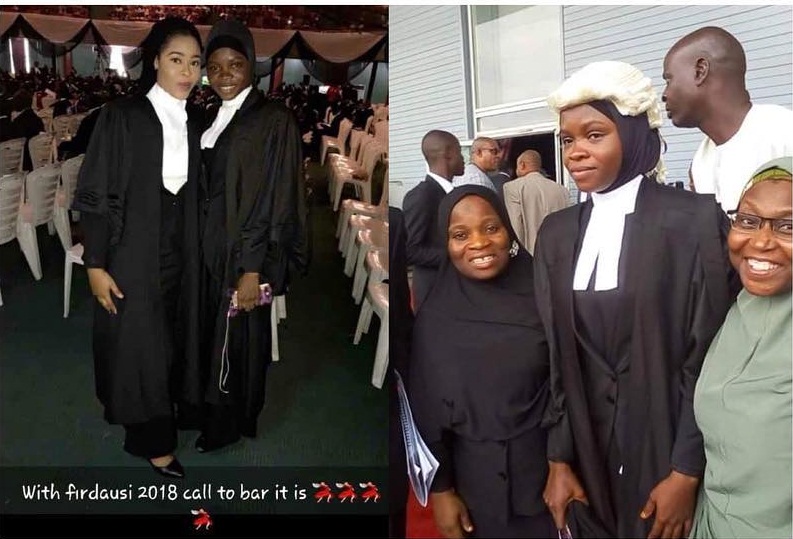 However in view of the imminent Call to Bar ceremonies in July 2018 and Miss Fidaus Amasa’s petition, a position was taken on the applicant’s current petition on the subject. It was decided that :

– the applicant was indeed rude and impolite to a former CJN Belgore JSC who had intervened at the Call ceremonies but rebuffed by the applicant, and therefore must tender a written apology.

It was recognized that moslem Judges while sitting wear only head scarf to cover their hair and not partial face covering of any sort, as exhibited by the applicant’s attire.

If she will be called therefore, she cannot use more than the hair covering scarf, similar to what female Judges from lower courts to Supreme Court use.

So the reprieve is conditional on the above limitations, not a blanket approval as falsely being circulated,” the statement said.