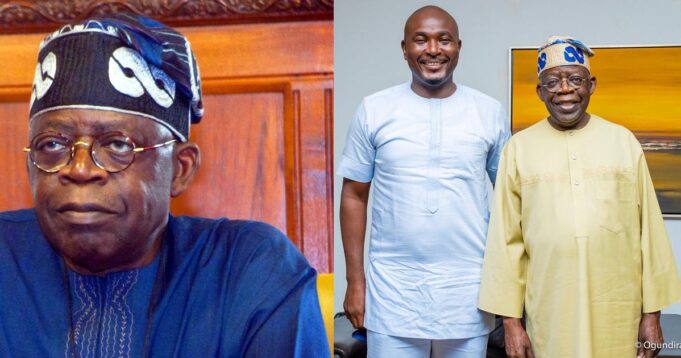 Nigerian politician, entrepreneur, author and philanthropist, Akin Alabi has revealed that he can hand his life over to Bola Tinubu to manage.

Earlier on Twitter, he described the APC Presidential flagbearer as the best candidate out of all the other candidates.

“The truth is that Asiwaju Bola Ahmed Tinubu is BY FAR best candidate out of all the candidates. He’s got the experience, the capacity and political will and sagacity to govern a country like Nigeria. He is clear,” he wrote.

Out of the 3 candidates, who would you employ as a CEO of your company, should incase you need ‘able’ hands?

Tinubu of course. Not just my company, I can hand him my life to manage.

In unrelated news, Joe Igbokwe, The Special Adviser for Drainage and Water Resources to Governor Babajide Sanwo-Olu of Lagos State has said he would have been a native doctor in the Aba area of Abia State.

Igbokwe said he would have been chasing lizards in Aba as a native doctor if not for Lagos State.

“LAGOS, If not for Lagos, somebody like me, will be in Aba chasing lizards to use as a native doctor. LAGOS….

“You come to Lagos with a nylon bag and go back to Ibo land with Rolls Royce.

“Abeg, pray for Lagos make e no spoil o, If Lagos spoil, all of us don enter Gbege o…

“Musings of a grateful South Easterner living in Lagos,” he wrote.