The Ooni of Ife, Enitan Ogunwusi, who spoke last weekend at his Ile-Oodua palace in Ile-Ife while receiving the Lagos State president of Ohanaeze Ndigbo, Solomon Ogbonna, who had as a member accompanied the delegation of African Farmers And Cultural Organisation on a courtesy visit to the palace, stated that the Igbos and the Yorubas have historical ties.

According to the Ooni of Ife, the historical ties between the Igbos and Yorubas makes them inseparable members of the same family. He said at the meeting; 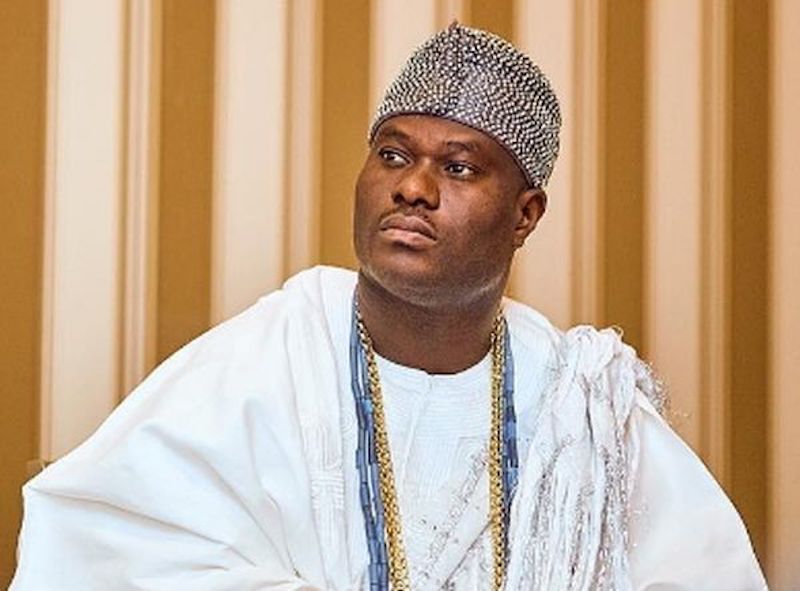 “I am so happy to have the President of Ohanaeze Ndigbo Lagos State President here as part of this empowerment initiative. Lagos is part of Yoruba land, we are all one, we are all the same. The history is there, the facts are there, and we should actually put this facts out. Why are we fighting?”

“This is your root. I said it recently, some of our Yoruba kinsmen with ignorance of our history came out with nugatory beratement of my position on the family ties between Yoruba and Igbo people. We have to say the truth and the truth must set us all free, we are blood brothers. We should be inseparable. Please feel at home in Yorubaland and respect your Yoruba brothers and sisters too.”

“We still have House of Igbo right in this palace till date. We call it Ile Igbo up till now. Our ancestors are buried and transfigured there. That is where kolanut was first discovered and nurtured. The Igbos are still the biggest consumers and users of kolanut which is only planted in Yorubaland till date. Can the Igbos do without kolanut? ”

“The ancient Igbo house is one of the most sacred places in this palace till date. One of my brother kings – Aka Arogundabi from Iremo quarters saw the mysteries of house of Igbo (Aka-ri-Igbo). Till date, Akarigbo of Remoland still sees house of Igbo as a common heritage of his forebears,” the Ooni explained.

He also maintained that he is a reincarnated spirit of his ancestors, asking Olugbo of Ugbo in Ondo State, Fredrick Obateru, to visit the Ile Oodua in Ile-Ife for proofs and evidences on the Igbo/Yoruba ties and also various tribes of Igbo ancestory in Ife.

“We have a lot of discoveries that the Igbo and Yoruba people once lived together as one family and this will be revealed to the public. We should look at things that connect us together not those that separate us.

“I am a reincarnated spirit of our ancestors, my name is Enitan which means a child of stories and mysteries. I had come to this world before. That’s why I am Babatunde also and I am back again to establish the truth and nothing but the truth and the truth will set us all free.”

“We are all the same. We have about 4 set of sub ethnic Igbos in Yoruba land when we were all together like we have sub ethnic clan in Yoruba race. We have the Egbas, Ijebus, Ekiti, Oyo, Ondo, Itshekiris. They are all Yorubas but at the end of the day they belong to the Aku Aaro Oojiire (Omoluwabi ethnic clan).

“The Ifa corpus that brought our ancestors from Heaven were and still are Ogbe Meji, Ogbe Ofun and Ofun Meji. While Oduduwa clan had Ogbe meji, the Oranfe (Sango) and Obatala clans had Ogbe Ofun and Ofun Meji respectively. Our generations thereafter became intertwined with different roles and responsibilites directly from the Almighty God who sent all of the brothers to the world. The facts are there, so it will take the deep efforts to fact find all these facts and connect all the dots together”.

“So, people that don’t know the story, I’m not trying to cast blame on anybody but if they don’t know they should ask. They say one Igbo is different from the other, it is true we have about 4 categories of Igbos we have Igbo Ile, Igbo Oko the Iwinrin sub ethnic clan and Ado na Udu. All make up to the unified Igbo clan.”

“There were different clans of Igbos that left from Ife to establish their kingdoms. One of them rebelled back and started coming to cause mayhem in Ife (where they originally came from) and that is the Olugbo kingdom. We should all come together and forget what happened in the past”.

“I mentioned that the Igbos started the spirit of profitability, Aje, in Ife at Igbomekun market (known as Oja Ife too). I implore you to tell the entire Ndigbo that you did not come from Jew, the Jews came from you and that is the truth.

“Let us all reconcile differences and look at things that connect us rather than things that divide us,” the Ooni added.