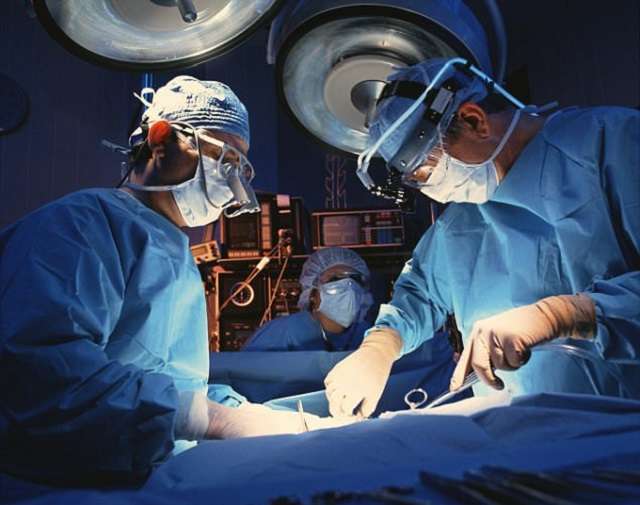 Daily Mail reports that a 42 year old Chinese man has been rushed to the hospital after he broke his penis during a night of vigorous sex with his wife.

According to reports by the Media house, the man, 42, identified as Dai from the Guangxi’s Nanming city was rushed to hospital with symptoms of ‘eggplant deformity’ with swelling, pain and dark purple bruising, following the incident and doctors had to perform an emergency surgery on him.

Dai was said to be having sex with his wife on the night of April 8, 2017, when his penis snapped after he heard a cracking sound and was rushed to a local hospital for emergency treatment before being transferred to Guangxi Minzu Hospital at 4 am.

Doctors found that Dai’s penis was at an odd angle and was in a swollen shape that made it look like an eggplant. He was diagnosed with a penile fracture after tearing a sponge-like erectile tissue called corpora cavernosa.

According to doctors, blood flows into corpora cavernosa that run along the penis and making it hard during an erection.

However, any vigorous intercourse may tear the tissue, meaning blood bursting inside the penis and causing painful swelling.

“When the man arrived at the hospital, his penis was badly swollen, discolored, and protruding at an odd angle. The doctors diagnosed the man with a penile fracture,” a statement by the hospital said.

Sex experts have disclosed that a penile fracture is actually a tear of the corpora cavernosa, an erectile tissue that runs along the penis, adding that such incidents are common occurrences in men aged 20 to 40 years old, under vigorous or violent sexual intercourse.

They also warned that a fractured penis can lead to erectile dysfunction and a higher risk of complications if not treated immediately.