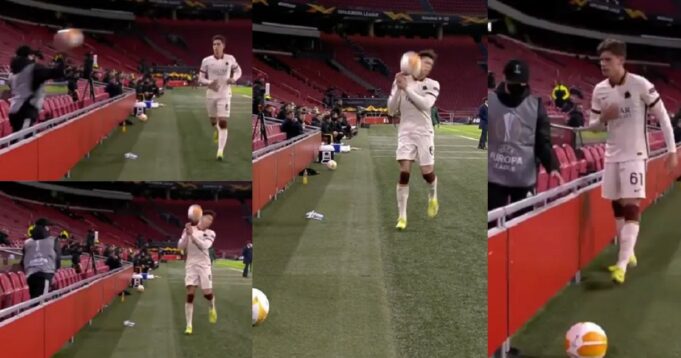 The moment an Ajax Ball Boy expressed his anger by throwing the ball hard at a Roma player for time wasting has gone viral on the internet.

In the closing stages of the Europa League match, Roma were ahead 2-1 and one of the Ajax ball boys took out his anger on Roma substitute, Riccardo Calafiori for wasting time.

The young lad aggressively threw the ball at Calafiori’s chest for time wasting before the throwing and as can be seen in the video, the young ball boy stood his ground when Calafiori confronted him.

A few minutes later, the Referee gave Calafiori a yellow card for time-wasting. The match ended in a 2-1 win for AS Roma in the Europa League Quarter-final 1st leg.