The leader of the Indigenous People of Biafra (IPOB), Mazi Nnamdi Kanu, was featured earlier today on Israel National TV, where he spoke against his arrest, incarceration and issues with the federal government. 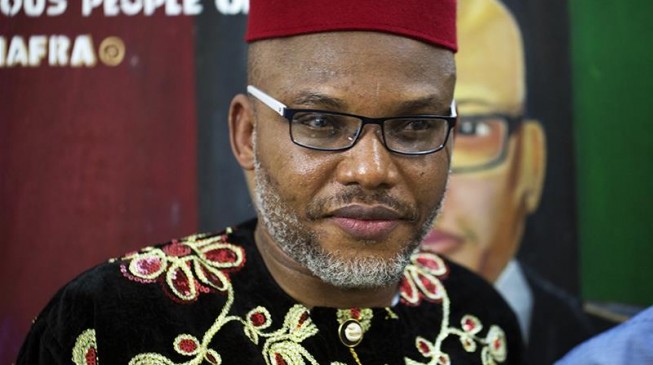 The IPOB leader also spoke on the group’s demand which is freedom and breakaway from the country Nigeria. 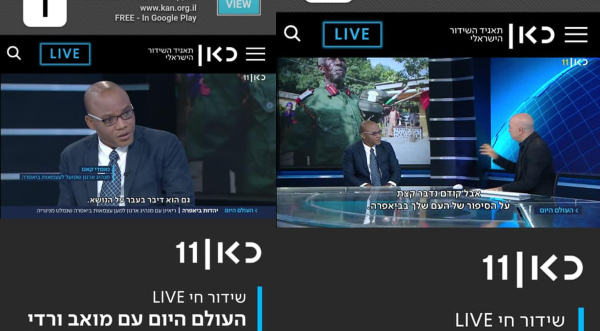 Meanwhile, Nnamdi Kanu said the Nigerian government spurned the demands he made after he was released from prison over a year ago.

“I told them, that I want them to open Igweocha seaport, Port Harcourt,” Nnamdi Kanu, who leads the Indigenous People of Biafra, said in a message posted to Radio Biafra’s Facebook page on Sunday.

“I ask them to open Calabar seaport and Warri Seaport, I did this in writing and gave it to them, I told them to dredge River Niger, allow the direct international flight to Europe and USA from Enugu, Igweocha and Calabar airport.”

Kanu said he also demanded the release of former Nigerian security adviser Sambo Dasuki and the leader of the Islamic Movement of Nigeria Ibrahim El-Zakzaky and the investigation of “the mass murder of IPOB family members at Onitcha, Nkpor, Aba, Enugu, Igweocha, Umahia and Asaba.”

NNAMDI KANU LANDMARK INTERVIEW WITH ISREAL NATIONAL TELEVISION (Channel 1) on 28 October 2018 @ 7pm Isreali time. Those lucky enough to watch it live on television and online are truly blessed. The whole of Israel is now talking about Biafra, IPOB and Nnamdi Kanu.

IPOB is millions of miles ahead of Nigeria. Video clip coming shortly! 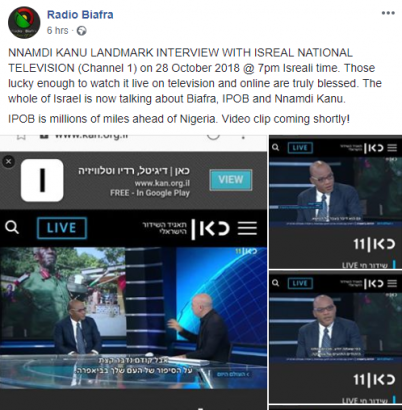