Home Uncategorized Pastor Who Sleeps With Church Members With Juju, Tied Up In Benin.... 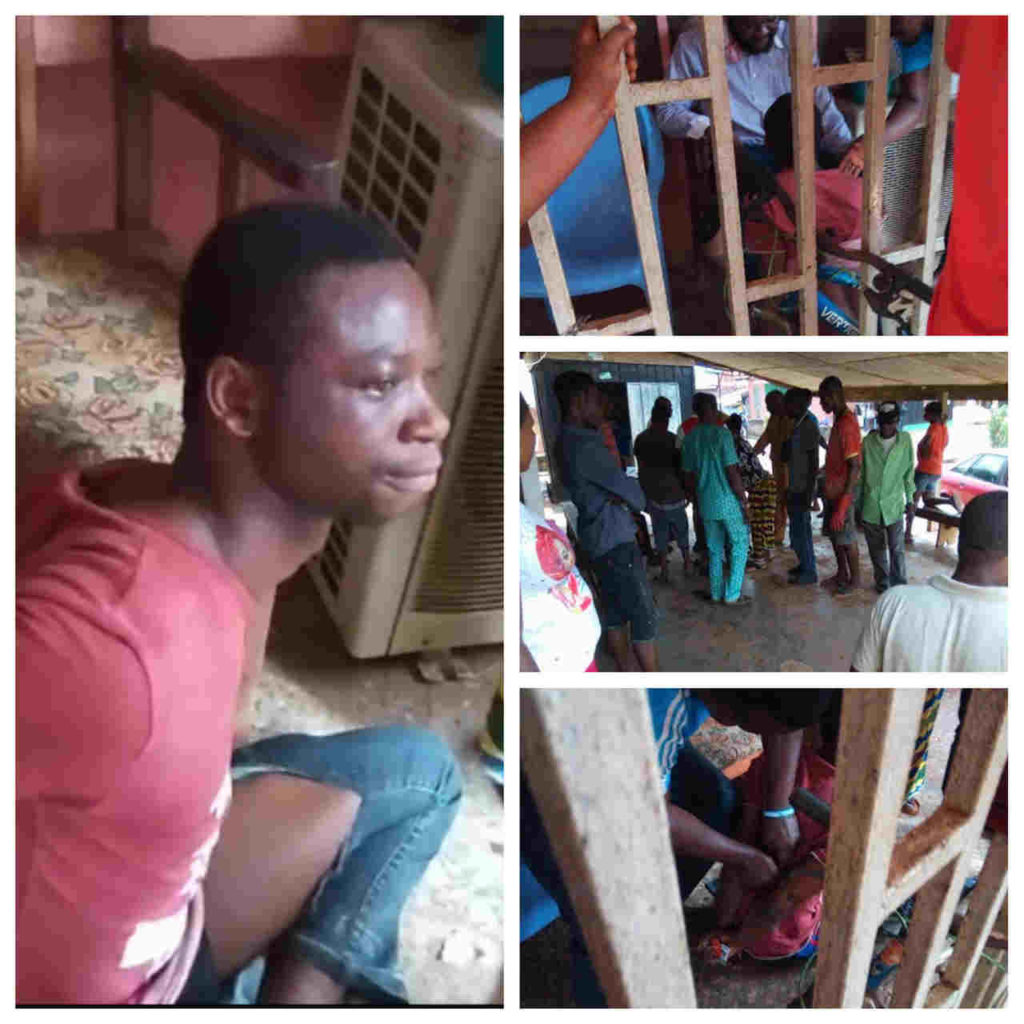 A Benin-based Pastor who according to claims, uses ‘juju’ (charm) to sleep with his members, was tied up by residents of Ogogugbo, Benin City after he was caught having sex with one of his members.

The last lady who the Pastor who allegedly uses ogbe primary school, Benin city for his church activities slept with, is reportedly not the only one the Pastor has slept with, as he has even slept with married women.

He was nabbed and tied up by the residents of the community. More photos below: 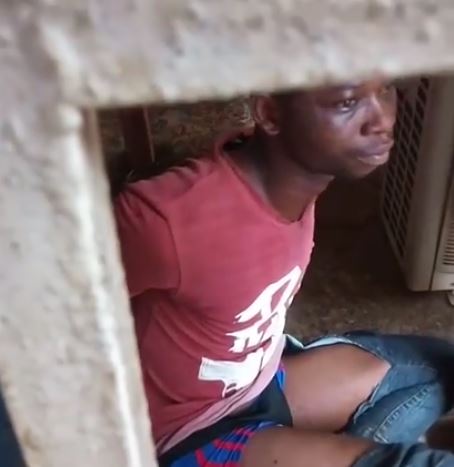 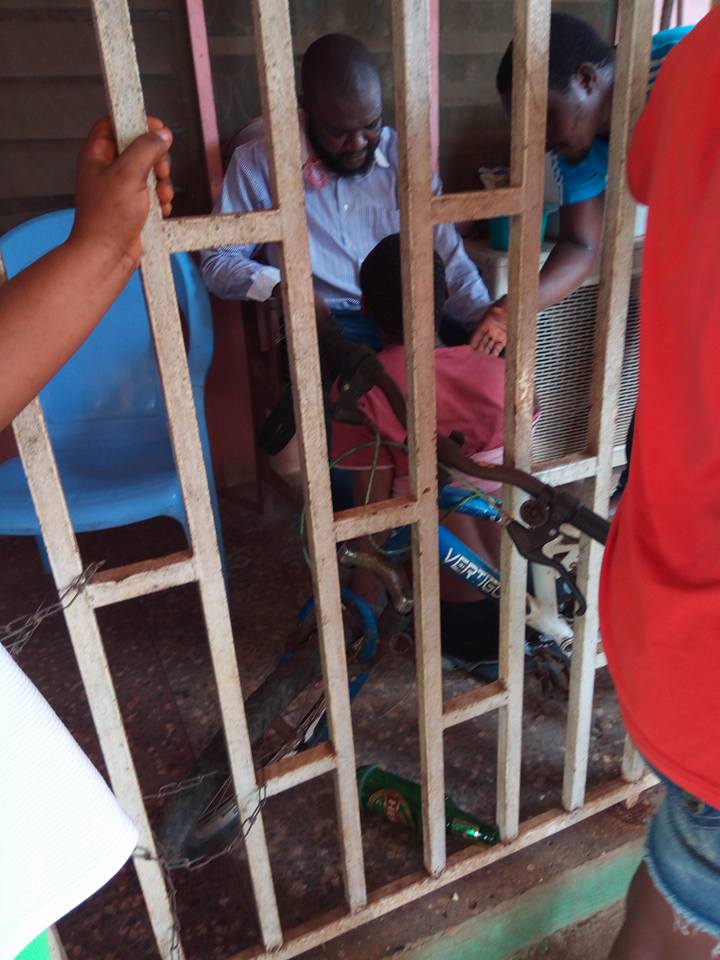 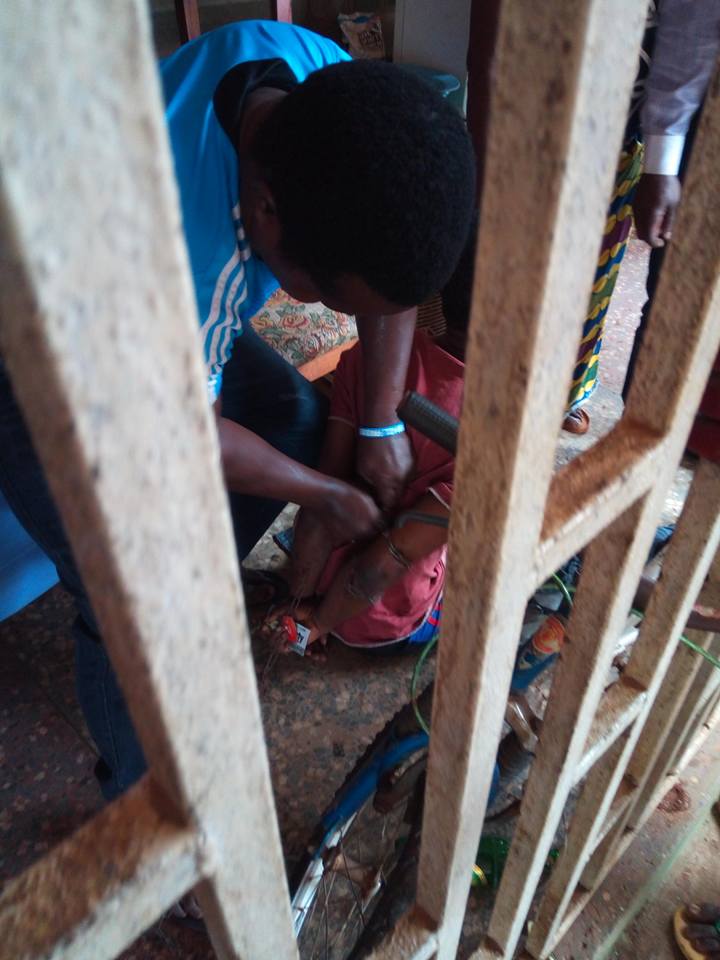 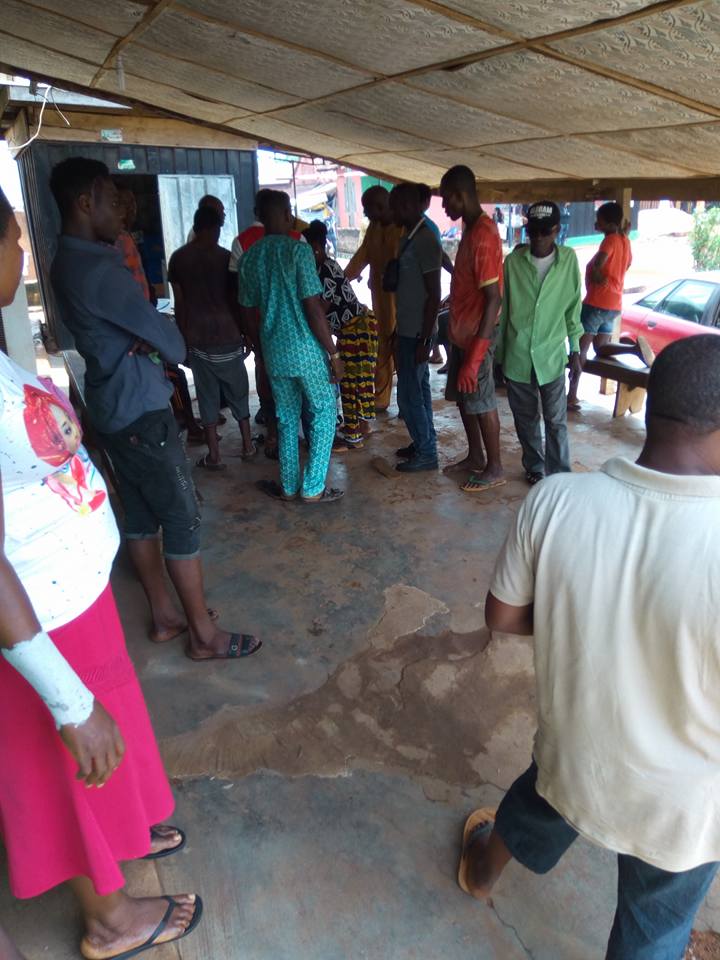 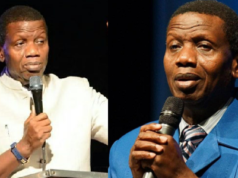 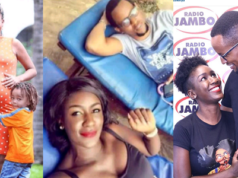 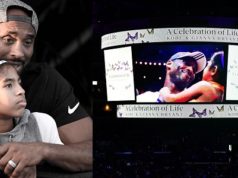 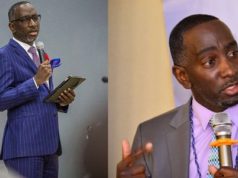 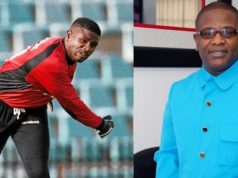 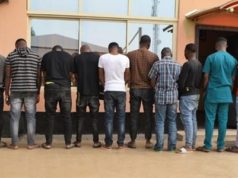