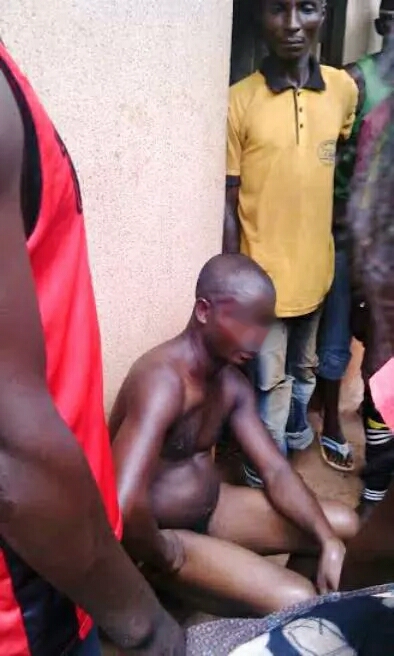 According to online reports, a married man who has been secretly cheating on his wife with another man’s wife was caught pants down in a hotel located somewhere around Ibagewa road, Nsukka.

The man cheater was simply identified as Innocent while the Female cheatee was identified simply as Anayo…Apparently, they were both brought out of their room Unclad, and fully disgraced.

Whilst Anayo was given a thorough beating and whisked away by her husband, Innocent was surrounded by youths who were eager to give him his own round of beatings.

They are both said to be traders at the Orie Oba market in Nsukka.