Nigeria’s president, Muhammadu Buhari, is not getting married to the Minister of Humanitarian Affairs, Disaster Management and Social Development, Mrs Sadiya Umar Farouq, today, his Special Adviser on media and Publicity, Mr Femi Adesina, has revealed.

According to Tribune newspaper, Mr Adesina debunked the news making rounds, saying it was a deceptive manoeuvre by those who fabricated it.

He added that the news was far from the truth and that no such marriage is taking place at the Presidential Villa on Friday. 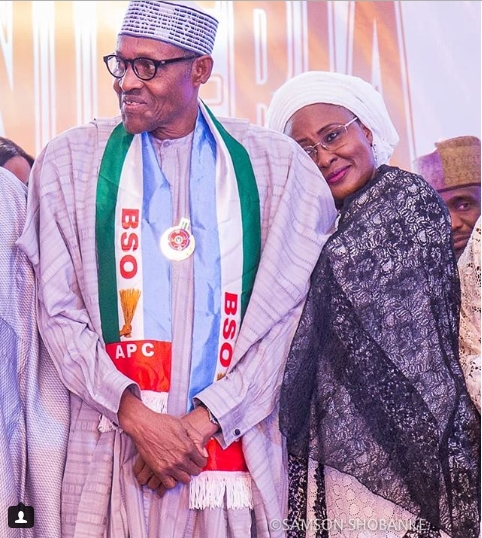 Also, a top Aso Rock source added that there was no wedding taking place at the Presidential Villa, neither was there any wedding preparation in Ask Rock for President Buhari.

He said the news circulating round the social media was entirely false. Finding also shows that the said bride, Mrs Farouq, is currently out of the country and presently at the 70th session of the Executive Committee of the High Commissioner’s Programme going on in Geneva that is being organised by the United Nations High Commissioner for Refugees (UNHCR).

Ned Nwoko takes new mom, Regina Daniels, her co-wife and his kids on a...