Home Life & Style This Man Is Willing To Relocate To Bornu Just To Work For... 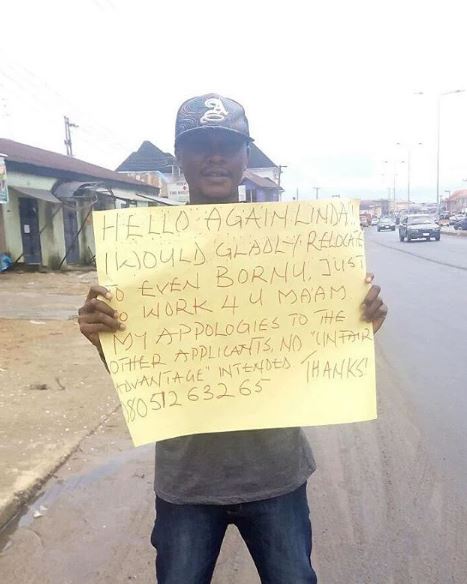 Sometimes you gotta make sacrifices to get what you want eh?!

This gentleman is ready to make a daring sacrifice to work for the celebrity blogger – he was spotted in Port Harcourt with a placard saying he’s ready to relocate to the dreadful Boko Haram HQs state, Bornu, just to work for her.

This is just days after he was initially spotted in Port Harcourt with a placard begging to work for the blogger. Below: 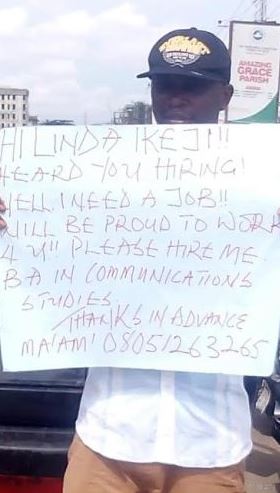