Home Viral “My village people said I won’t ever travel to Dubai” – Popular... 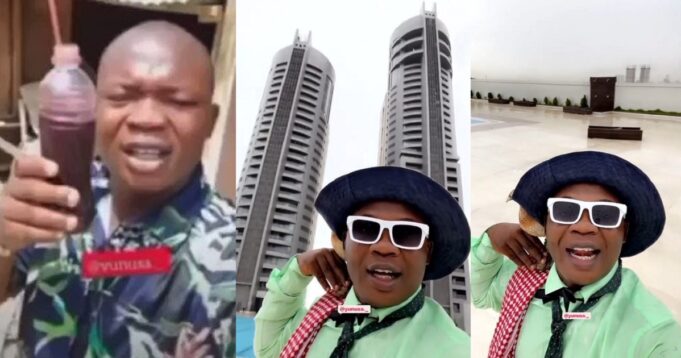 Popular Nigerian skitmaker who is known for his ‘cold zobo’ meme, Yunusa, has gone online to celebrate after traveling out of the country to ‘Dubai’ for the first time.

Yunusa became an internet sensation after he shared videos of himself sipping a bottle of cold zobo and snapshots from the video became a viral meme on Twitter used to troll people when they post an obvious lie online.

The content creator has since started making money from his new found venture – skit making – and recently bought himself a brand new Mercedes Benz.

He has now taken to his Instagram page to share a video of himself chilling beside a pool at a hotel and expressed excitement to be in ‘Dubai’.

He also said his ‘village people’ said he would not progress in life or travel out of Nigeria but there he is, having the time of his life because he is a fortunate child.

He also thanked his friends, family and fans for their love and support.

”Hello everybody, as you can see, all of my village people, they have talk it that I cannot come to Dubai for my life.” he said in the clip.

However, it was all clout, Yunusa was actually at the Eko Pearl Towers in Eko Atlantic Laos.