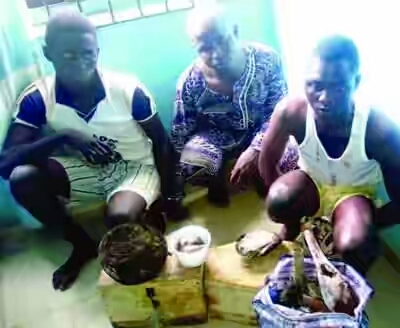 A herbalist, Tunde Banjo, and an alfa, Nurudeen Adeniyi, have been arrested by operatives of the Ogun State Police Command for allegedly killing a 16-year-old-girl, identified only as Olayinka.

They were reportedly arrested in Ijebu Igbo, Ijebu North Local Government Area of the state.

A Punch correspondent gathered that the police also arrested 19-year-old Tobi Ogunkoya, who was suspected to have lured Olayinka into the hands of Banjo and Adeniyi.

The trio were said to have been arrested by policemen from the Ago Iwoye and Ijebu Igbo divisions on Tuesday.

A source said Olayinka’s breasts were severed by her killers.

The state acting Police Public Relations Officer, Abimbola Oyeyemi, who confirmed the incident, said at about 2.30pm, one Serifat Adebanjo reported Olayinka’s abduction to the police in Ago Iwoye station, alleging that Ogunkoya was a suspect in the abduction.

Oyeyemi added that acting on the information, the police stormed a house in Imosan community and apprehended Ogunkoya, who confessed that Olayinka was in the custody of Banjo in Ijebu Igbo.

Oyeyemi, an Assistant Superintendent of Police, added that upon his arrest, Tobi took policemen to the home of Banjo in Ijebu Igbo, where they met him with the Alfa, and they were arrested.

He said two fresh human hearts and a live tortoise were allegedly found in their possession.

Oyeyemi said Banjo confessed to the police that the girl had been killed, her breasts and other vital organs severed, while her remains were thrown into the Ogbere River, in the Ijebu East Local Government area of the state.

He said, “The Police have arrested Banjo, a herbalist, and Adeniyi, an alfa in Ijebu Igbo. Banjo said they have killed the girl and body dumped inside the Ogbere River. The police are working to retrieve the corpse. Two human hearts and one live tortoise were a recovered from the suspects.”

Oyeyemi said the suspects would be soon be transferred to the homicide section of the command’s headquarters, Eleweran, Abeokuta. 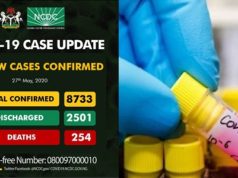 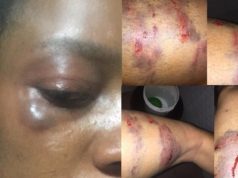 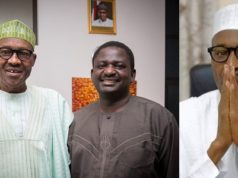 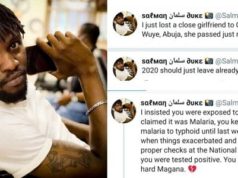 “Lagos will see a decline in number of COVID-19 patients in four to six...