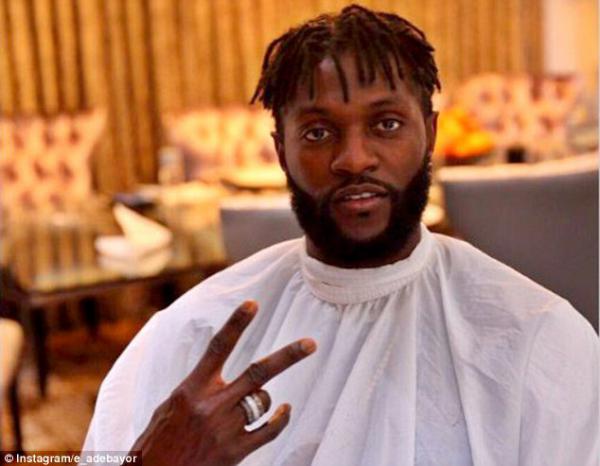 That Togolese footballer, Emmanuel Adebayor converted to Islam is no longer news. The news had gone viral and the Aston Villa bound striker had also confirmed it.

Adebayor has now come out to fully address the issue by giving reasons why he converted to Islam. He justified his new found faith by saying Muslims are like Jesus and also described them as” truer followers of Christ”.

Read below (Source: The Herald):

1. Jesus (pbuh) taught that there is only One God and Only God should be worshipped as taught in Deut 6:4, Mark 12:29. Muslims also believe this as taught in the Qur’an verse 4:171.

3. Jesus (pbuh) greeted with the words “as salaamu alaikum” (Peace be with you) in John 20:21. Muslims also greet each other this way.

4. Jesus (pbuh) always said “God Willing” (inshallah), Muslims say this too before doing anything as taught in the Qur’an verses 18:23-24.

5. Jesus (pbuh) washed his face, hands, and feet before praying. The Muslims do the same.

6. Jesus (pbuh) and other prophets of the Bible prayed with their head to the ground (see Matthew26:39). Muslims do too as taught in the Qur’an verse 3:43.